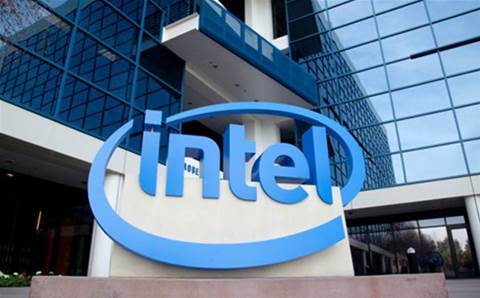 Intel said sales of its Xeon processors helped the chipmaker's data-centric businesses rebound after two quarters of declining revenue as client processor sales fell for the first time in more than three years, which the company attributed in part to an ongoing CPU shortage.

Investors, however, were pleased with the bigger picture of the chipmaker's third-quarter earnings, which included an upgrade in Intel's full-year revenue guidance by US$1.5 billion to $71 billion, prompting the company's stock price to increase as much as 8 percent in after-hours trading Thursday.

In the company's earnings call, Intel CEO Bob Swan admitted that the chipmaker's CPU shortage, which has largely affected client products since the middle of last year, is expected to last through the fourth quarter as stronger than expected demand continues to surpass supply.

"We're letting our customers down, and they're expecting more from us," he said.

Swan said the shortage has continued despite Intel's 25 percent increase in capacity this year, which has resulted in a double-digit bump in client processor supply for the second half of 2019 compared to the first half. Supply is expected to further improve in the mid to high-single digits in 2020 with the company increasing capacity by another 25 percent next year.

"Our intention next year is to not be a constraint on our customers' growth," Swan said.

George Davis, Intel's CFO, said the shortage has mostly impacted the chipmaker's value end of client processors, which is where the company has seen the most impact in market share from CPU rival AMD.

"It gives us an opportunity for us to compete for those units next year," he said.

Swan said "the 10-nanometer era is now" as the chipmaker has begun shipping 10nm Ice Lake mobile processors for 30 laptop and 2-in-1 designs launching by the end of this year. He added that the company's manufacturing yields for 10nm have improved week-over-week for the last six months.

"We're ramping a multitude of products" for the node, Swan said.

At the same time, he said, Intel has applied the lessons the company has learned from its multi-year delay of 10nm products to improve the process for 7nm products, which will debut in 2021 with a 7nm data center GPU.

In addition, Intel is "well on the path for 5nm [products]," according to Swan, who declined to provide further details of the next-generation process technology. However, the CEO said the company is returning to a two to two-and-half- year cadence for manufacturing process for its next two nodes.

Swan reiterated the company's plans to follow this year's launch of Xeon Cascade Lake processors with Cooper Lake processors in the first half of next year, with 10nm Ice Lake server processors in the second. While he admitted that the data center market has become increasingly competitive in the face of rivals like AMD, he's confident the company will continue to do well with the upcoming slate of products.

"We've got a great lineup of products," he said.

For the first time in more than three years, Intel's Client Computing Group, which remains the chipmaker's biggest money maker, declined, by 5 percent, to US$9.7 billion. The PC business had previously enjoyed seven consecutive quarters of growth.

However, the company's data-centric businesses, which includes the Data Centre Group and the IoT Group, were much brighter in the third quarter, growing 6 percent year-over-year after two quarters of declining revenue.

Intel's third-quarter revenue was $19.2 billion, flat from the same period last year but $1.1 billion higher than what Wall Street analysts were expecting. The company's new earnings, meanwhile, were $1.42 per share, exceeding analyst estimates by 18 cents.