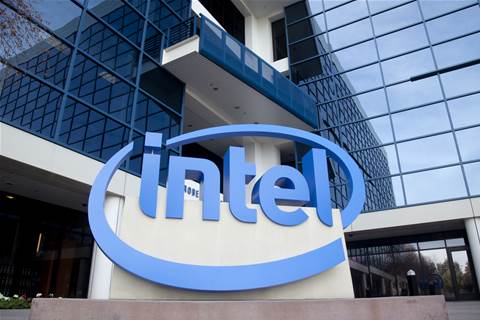 The Santa Clara, Calif.-based company disclosed that shareholders voted against the executive pay plan at the company’s annual stockholder meeting on May 13 in a Wednesday filing with the U.S. Securities and Exchange Commission.

In a statement to CRN, an Intel spokesperson said the company has a “long-standing commitment to pay-for-performance, which holds executive officers accountable for business results and rewards them for consistently strong corporate performance and the creation of stockholder value.”

“Our executive compensation programs continue to be tied to the company’s financial and operational performance, support our commitment to good compensation governance, and provide market-based opportunities to attract, retain, and motivate our executives in an intensely competitive market for qualified talent,” the company said.

The Intel spokesperson also said the company’s board “finds it incredibly important to ensure that it has a meaningful dialogue with our investors throughout the year so it can get their feedback on important matters affecting Intel.”

The shareholder vote revolved around Intel’s 2020 executive compensation plan, which means that it did not include Pat Gelsinger, who joined as CEO in February this year.

All but one of Intel’s six most compensated executives received less pay than they did in 2019, though one of them, Venkata “Murthy” Renduchintala, had departed the company in August 2020.

Gelsinger is set to receive a base salary of US$1.2 million and a hiring bonus of US$1.7 million, according to an SEC filing from earlier this year. He is also eligible to receive an annual performance bonus of up to US$3.4 million, up to US$10 million in Intel stock if he buys that many shares and up to US$100 million in restricted stock that is based on the company meeting certain performance metrics.

The rejection of Intel’s executive compensation plan comes as Gelsinger has promised a major comeback for the semiconductor giant in the face of growing competition from AMD, Nvidia and companies that are turning to alternative chip architectures.

Randy Copeland, CEO of Velocity Micro, a Richmond, Va.-based Intel PC system builder partner, told CRN that the shareholder vote “is simply a matter of shareholders unhappy that Intel has not been able to convince investors and the market that they are taking the right steps to preserve the cash machine that Intel has always been.”

He pointed to how Intel is currently trading at 12.3 times its earnings while AMD, Nvidia, Apple and the industry average have a price-to-earnings ratio that is more than double Intel’s. To him, that means the “market does not have much confidence in the company and management.”

“That does not mean stockholders are right,” Copeland said in an email, “but the reality is that Intel is severely undervalued, and that has not been addressed.” He added that the company is undervalued even as it has lost market share to AMD in the x86 CPU space.

“Companies with margins and profits like Intel should be trading for far more than that, so something is wrong,” Copeland said. “This vote is one of the few messages that shareholders can send, even if it’s symbolic and probably unhelpful.”