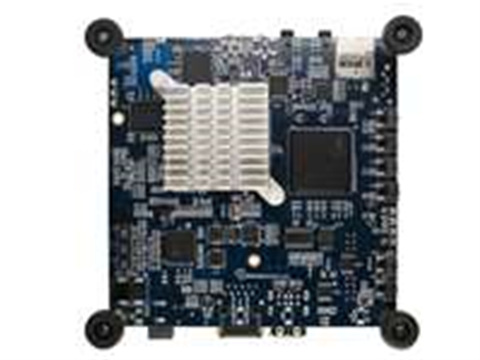 Intel has launched its first "open-source" PC, the £130 ($A220) , Atom-powered MinnowBoard, produced in partnership with CircuitCo.

The MinnowBoard features a motherboard fitted with a 1GHz Atom E640 processor with integrated graphics. It comes with 1GB of RAM and 4MB flash memory, and supports HDMI, USB, microSD for more storage and Ethernet. It runs the Angstrom Linux distribution.

The PC has drawn comparisons with the Raspberry Pi, though that's cheaper at around £30.