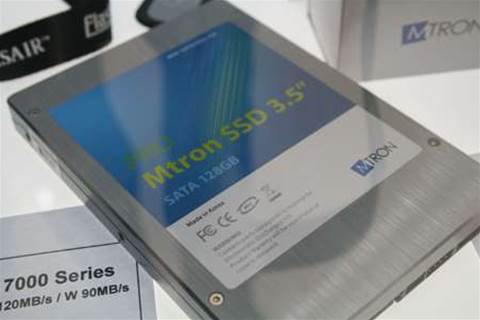 Intel is to use its new Solid State Drive capability to bundle such a thing with its future Centrino notebook platform, according to Digitimes.

The Taiwanese wire said it'd been told by PC makers that Intel will add SSD products to the Centrino 2 platform (Montevina), by the end of the third quarter this year.

If its sources are to believed the line will be branded Intel High Performance SSD and these will come in two 80GB flavours, a 2.5-incher followed by a 1.8-incher.

The Centrino platform concept includes CPU with graphics and sound chipset, plus the wifi technology. The addition of a storage drive suggests there soon won't be much left for notebbok makers to add to the platform other than a plastic case to stick it all in.
Got a news tip for our journalists? Share it with us anonymously here.

Cloud application revenue made easy
By INQUIRER Staff
May 28 2008
6:00AM