Intel to get Sharp LCD panels 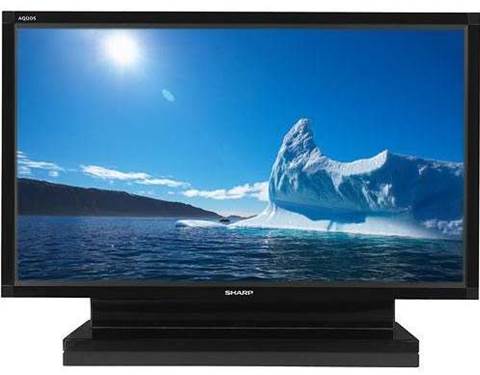 Japan's cash-strapped Sharp is in talks to supply liquid crystal display panels for ultra-thin laptops that typically use processors made by Intel, sources familiar with the matter said.

Intel is promoting ultra-thin ultrabooks to counter tablet computers from Apple. Earlier this year, the U.S. chipmaker signed deals with several panel makers to ensure adequate supplies for a wave of ultrabooks with touch screens expected to hit the market following Microsoft's launch of Windows 8 in late October.

Sharp, with its TV business in retreat, is looking to small displays to spark a revival in its fortunes. Rather than nestle deeper in Apple's supply chain, Sharp sees the new generation of ultrabooks as a fresh market for its most advanced displays.

Intel is attracted by Sharp's technology for small and midsize LCD panels, the sources said, declining to be identified before an official announcement.

The jewel in Sharp's technology portfolio is the IGZO display. It consumes much less power than conventional LCD displays, is thinner as it requires less backlighting, has a highly-sensitive touch screen, and boasts very high definition.

All of those advantages that Sharp's chief financial officer, Tetsuo Onishi, said this month make it a perfect fit for ultrabooks using Microsoft's latest operating system.

Ultrabooks, which critics say may be too expensive for many consumers, are Intel's big bet to reinvigorate a personal computer industry that is stagnating due to consumers' growing preference for tablets and smartphones.

With panel supplies a significant priority at Intel right now, a deal with Sharp would be consistent with previous agreements the top chipmaker has made to strengthen its supply chain, a source close to Intel said.

In July, Intel said it would spend more than $A3.8 billion to buy as much as 15 percent of Dutch chip gear-maker ASML and fund its research into costly next-generation manufacturing technology.

Sharp's stock jumped on Friday after a local media report said the Japanese display maker was in negotiations to make Intel its biggest shareholder.

Sources said the talks are focused on sealing a business alliance, although they did not rule out the possibility of Intel acquiring a stake in Sharp in the future.

Sharp, which is in talks to sell a stake to fellow Apple supplier Hon Hai Precision Industry Co, denied the report by the Mainichi newspaper.

Currently in the middle of crafting a restructuring plan to secure financial support from lenders, Sharp wants more than 30 billion yen ($A367 million) from Intel, the newspaper said.

An Intel spokesman declined to comment on the report.

Eliminating departmental friction within MSPs
By a Staff Writer
Sep 24 2012
8:04AM