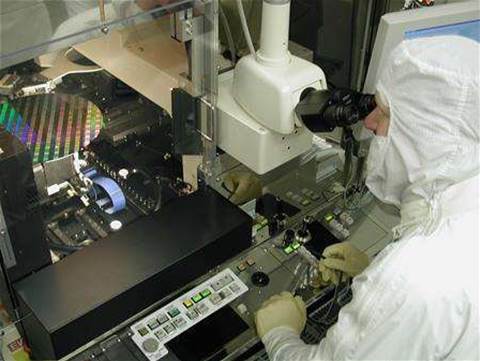 NEW DELHI (Reuters) - Intel Corp., the world's largest chipmaker, plans to invest more than US$1 billion in India to strengthen its research and development and invest in telecoms and technology start-ups, its chairman said on Monday.

California-based Intel has a development centre in Bangalore, India's technology hub, which designs and develops software to power chips that drive computers and high-end networks for Internet-based applications.

It has already invested US$700 million in Asia's third-largest economy over the past decade and provided venture funding worth more than US$100 million to 40 firms such as computer trainer NIIT Ltd and telecoms software firm Sasken Communication Technologies Ltd.

Barrett, on his seventh visit to India, said US$800 million would be invested over the next five years to expand research and development at Bangalore in addition to marketing, education and community programs.

Intel is among a long list of firms that have set up huge outsourcing operations in India, which have become the driving force of a US$17.2 billion software services industry.

The firm will also create a US$250 million India-specific venture fund to invest in start-ups focussing on mobile communications, broadband applications and mobile commerce.

Intel's earlier Indian investments have ranged from US$500,000 to US$10 million. Some firms it backed, such as Rediff.com, have gone public.

India's booming technology and telecoms sectors have been the flywheels of economic growth over the past three years as overseas and domestic demand for such services has exploded.

Dozens of entrepreneurs are searching for quality funding, and a stock market boom has handsomely rewarded early investors.

Barrett said Intel was in talks with the government on setting up a chip-making facility in India, but no decision had been reached yet.

Smaller rival Advanced Micro Devices has stolen a march on Intel by signing a deal with consortium SemIndia to supply technology for a proposed US$3 billion chip-making factory in the country.

Barrett said if the firm did set up a chip fabricating unit in India, it would be wholly-owned by Intel.

Indian demand for chips is seen at US$30 billion a year by 2015 as low penetration levels, rising incomes and soaring aspirations fuel demand for electronic products such as televisions, mobile handsets and washing machines.

Analysts say India does not have a chip-making facility yet due to a lack of continuous power and deficient ports and roads.