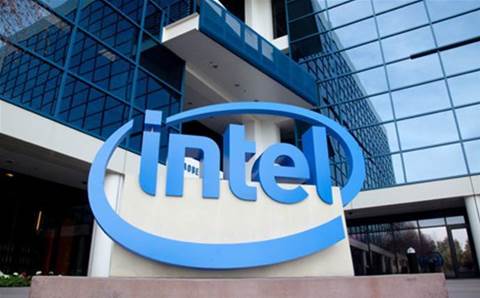 Intel plans to start volume shipments of its 10-nanometre Ice Lake mobile processors in June with the first devices sporting the new CPUs still set to launch for the 2019 holiday season.

The announcement was among several disclosures the semiconductor giant made during its 2019 meeting with investors on Wednesday, which Intel has been broadcasting live.

The chipmaker said the company plans to launch multiple 10nm products throughout 2019 and 2020, including a 10nm server processor that is planned for a "fast follow" next year. Among the other 10nm products planned for this time frame is one of the company's first general purpose GPUs, additional CPUs for client computers, the Intel Nervana NNP-I inference processor, the Intel Agilex family of FPGAs and the company's "Snow Ridge" 5G-ready network system-on-chip.

For the first time, Intel provided a timeline for the manufacturing process technology that will follow 10nm: 7 nanometre. The company said its lead 7nm product will be a general-purpose GPU for artificial intelligence and high-performance computing workloads in the data centre that will launch in 2021. The discrete graphics technology will be based on the company's new Intel Xe architecture.

“While process and CPU leadership remain fundamentally important, an extraordinary rate of innovation is required across a combination of foundational building blocks that also include architecture, memory, interconnect, security and software, to take full advantage of the opportunities created by the explosion of data,” Murthy Renduchintala, Intel's chief engineering officer, said during the meeting. “Only Intel has the R&D, talent, world-class portfolio of technologies and intellectual property to deliver leadership products across the breadth of architectures and workloads required to meet the demands of the expanding data-centric market.”

The 7nm process technology, in the meantime, will "deliver 2 times scaling and is expected to provide approximately 20 percent increase in performance per watt with a 4 times reduction in design rule complexity," according to the company.

The company's first design using this new technology is a client platform code-named "Lakefield" that was first revealed at CES. The platform includes a hybrid CPU architecture that combines a 10nm Sunny Cove core for high performance and four Atom-based cores for low-power efficiency.

Renduchintala said Lakefield will provide an improvement in system-on-chip standby power by a factor of 10, a two-fold increase in graphics performance, a reduction in printed-circuit-board area by a factor of two and up to a two-fold increase in active system-on-chip power. The executive said this means OEMs will have more flexibility in designing thin and light form factors for devices.

AMD, in the meantime, said it plans to launch its first 7nm EPYC "Rome" server processors, as well as its first 7nm Radeon Navi client GPUs, in the third quarter. The company's 7nm Ryzen processors are still set for a mid-2019 launch, according to an AMD spokesperson.

"Competition's good," Daninger said. "It makes all the players better."