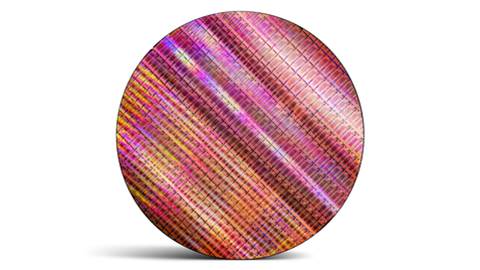 Intel on Tuesday announced a slew of products in its silicon, software and services portfolio during its first Vision event in Dallas, Texas.

“We are in the most dynamic global market of our lifetime,” Pat Gelsinger, Intel’s CEO, said in a statement. “The challenges organizations face today are complex and interconnected, and success depends on their ability to quickly adapt and maximize leading-edge technologies and infrastructure… we are excited to share how we are applying our scale, resources and the magic of silicon, software and services to help customers and partners accelerate digital transformations in the complex environment.”

Dan Rogers, Intel’s senior director of mobile product marketing, told CRN during an interview that the 12th Gen HX chips are an important step in the evolution of mobile workstations aimed at commercial users. “We saw a need for a level of memory and IO and connectivity,” Rogers said. “The professional engineers we work with and demonstrated the product to, folks that may work in the design business, they’re working with incredibly massive data sets. To service that we needed a huge amount of IO. And that’s one of the key distinguishing factors of our HX line versus our H series. If you need the best in terms of IO, in terms of storage, the maximum amount of memory and maximum compute, that is what distinguishes the HX.”

Intel completed the 12th Gen Core family with the HX launch, which the company says is created for professionals who need maximum performance and flexibility to navigate a hybrid environment with up to 16 cores and clock speeds up to 5 GHz.

The company kicked off its project with Accenture called Project Apollo, with the goal of making AI more accessible for enterprises with more than 30 open-source AI solutions kits. The first kits will be released in the next few months.

Jason Mitchell, Accenture’s global cloud lead and Intel client account lead, told CRN US in an interview that the companies have been doing important collaborations in the AI space. “How those technologies are brought to bear is important to our applied intelligence, artificial intelligence and analytics,” he said. “That’s a significant area of co-investment.”

Intel’s Data Center GPU, code-named Artic Sound-M (ATS-M), is the industry’s first discrete GPU with an AV1 hardware encoder. Developers will be able to easily design for ATS-M with an open software stack through one API. ATS-M will be available in two form factors and in more than 15 system designs from partners including Dell, Supermicro, Inspur, and H3C. It will launch in the third quarter.

Grow your software revenue by selling these 5 affordable, essential tools for the modern workplace
By Shane Snider
May 11 2022
11:42AM