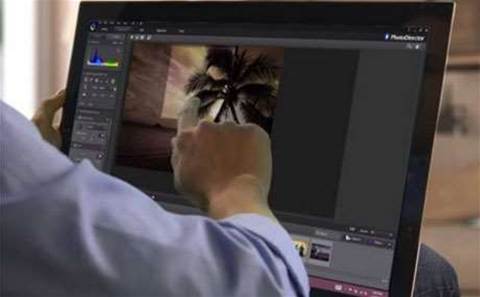 Intel claims to have "reinvented" the desktop all-in-one, with a reference design that bears more than a passing resemblance to a PC that Sony launched two years ago.

In a wide ranging set of announcements at the Game Developers Conference, Intel showed off a reference design for a "new" class of PC it's calling the Portable AIO PC, or portable all-in-one.

The "Black Brook" design is basically a 20-something inch all-in-one that can be used as a large tablet thanks to its built-in battery, or as a standalone desktop with a kickstand.

It's hardly a new concept, however. In late 2012, we reviewed the Sony VAIO Tap 20, a battery-powered all-in-one with a kickstand. Intel should have been aware of it, because it was powered by one of its Core i5 processors.

We weren't exactly blown away by the concept, either, and seemingly neither was the buying public. Sony has since stopped making PCs.

To be fair to Intel, Black Brook does bring a couple of new ideas to the table(t). It includes Ready Mode Technology, which allows the PC to sit in a low-power, always-connected mode. This will, for example, allow users to automatically synchronise photos taken on their smartphone with their AIO PC as soon as they walk through the door.

The reference design also includes an Intel RealSense 3D camera and a quad microphone array, allowing the user to control the Windows 8-based PC with voice commands and, perhaps one day, gesture controls.

Intel said it expects to see Portable AIO PCs appear in the next year or two. If you can't wait that long, you can always nip down to Currys and buy a VAIO Tap 20.