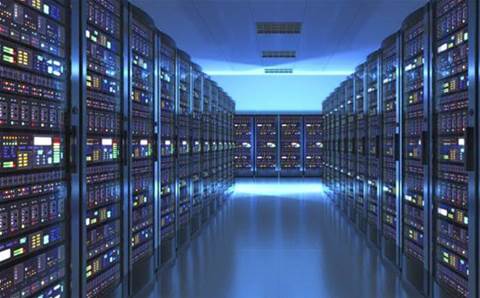 Intel wants to “super-charge” cloud data centers and 5G networks with new FPGA-based SmartNICs that underline the chipmaker’s evolving strategy to become a larger player in the connectivity space.

The company recently announced the new Intel FPGA SmartNIC C5000X platform architecture and the new Silicom FPGA SmartNIC N5010 as well as growing adoption from customers of its SmartNIC solutions.

The product announcements were made shortly after rival Nvidia revealed a new family of SmartNIC products it refers to as data processing units, or DPUs, setting the stage for a new battleground between the two semiconductor giants. Intel’s other rival, AMD, could also enter the SmartNIC market if the company moves forward with its rumored plan to acquire FPGA maker Xilinx.

The New Intel FPGA SmartNIC C5000X architecture is designed to deliver high-performance networking and storage acceleration for cloud data centers. It’s based on an Intel Xeon D system-on-chip and an Intel Stratix 10 FPGA, and it relies on Intel’s Data Plane Development Kit, Storage Performance Development Kit and Open Programmable Acceleration Engine. One of the first companies to utilize the platform is Inventec, which is using the C5000X platform for its FPGA SmartNIC C5020.

The Silicom FPGA SmartNIC N5010, on the hand, is meant for communications service providers working on applications such as 5G core user plane functions and access gateway functions. The product is also built for delivering high performance and hardware programmability to accelerate 5G UPF and AGF as well as other functions for 10-, 25- and 100-gigabit networks.

With Intel’s SmartNICs, security, storage and networking workloads can be offloaded from CPUs in servers to improve performance and network agility as well as enabling new use cases.

Among the customers buying into Intel’s SmartNIC technologies is Chinese hyperscaler Baidu, which is using SmartNICs based on Intel FPGAs and the Intel Ethernet 800 Series network adapter to improve virtualization and workload performance and accelerate data processing. Verizon, on the other hand, is using Intel Xeon Scalable processors, the Intel FPGA PAC N3000 and Intel Ethernet Network Adapter XXV710 to virtualize end-to-end 5G data sessions.

VMware is also embracing Intel’s SmartNIC technologies as part of Project Monterey, a new initiative by the virtualization giant to define new data center architectures for next-generation applications such as AI, machine learning and 5G. Nvidia’s DPUs are also part of the initiative.

Intel disclosed the new SmartNICs in a new outline of the strategy for the company’s Connectivity Group that no longer includes the Omni-Path Architecture high-performance computing interconnect technology that was recently spun out into a stand-alone company.

In an interview with CRN USA, Hong Hou, the head of Intel’s Connectivity Group, said the company’s portfolio of interconnect solutions remains “comprehensive” and can scale from “microns to miles,” with products from SmartNICs and traditional NICs to programmable switches and silicon photonics.

These solutions are important, he said, because the amount of data flowing in and out of data centers is “exploding,” creating the need for connectivity solutions that are more agile and allow better control and visibility into the transportation of data.

“In order to deal with that level of data growth, we have to rely on the network,” Hou said, “so we can no longer take the back seat to [moving] the data from point A to B.”

Hou said Intel’s Connectivity Group has been closely watching Nvidia’s DPU strategy take shape in the SmartNIC market, but he believes Intel has the right solutions for the future of the data center.

“The basic functions are the same, and clearly they seem to be focusing on the AI side, but a workload is a lot more complex than just AI acceleration,” he said. “It needs a lot of general compute, and it needs a lot of memory that goes in underneath. So we are definitely closely watching what‘s going on out there, and we believe we are on the right path to deploy to customers.”

Outside of SmartNICs, two other strategically important areas for Intel’s Connectivity Group are programmable switch ASICs, which stem from the company’s acquisition of Barefoot Networks last year, and silicon photonics, which enables faster transfer of data over long distances.

By 2025, the company plans to integrate its programmable switch ASICs and silicon photonics to significantly increase bandwidth density, reduce power consumption and improve the overall total cost of ownership for data centers.

“We‘re in the golden age of the interconnect,” Hou said, “and I’m really excited about the portfolio we have and what we can do to build end-to-end programmability to optimize the performance to provide customers with unique solutions.”