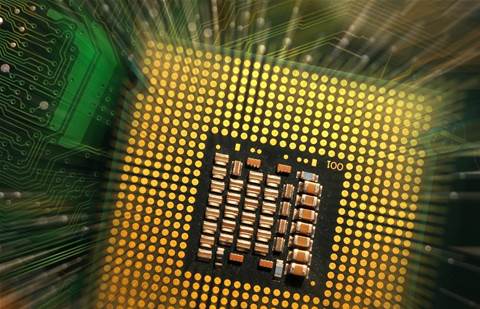 Intel Monday unveiled an array of new high-performance processors, including the first offerings in its ninth generation of Core processors.

The chipmaker said the new chips—which include the company's first mainstream processors with eight cores—are aimed at desktop PC uses such as content creation and gaming.

"We are the only ones delivering leadership performance across all segments and product lines with no compromises," said Anand Srivatsa, vice president and general manager in the Client Computing Group at Intel, during Intel's "Performance Unleashed" fall desktop launch event in New York.

Among the new processors is the Intel Xeon W-3175X processor, which is aimed at highly demanding content creation needs such as video editing. The processor, which ships in December, will feature up to 28 cores and 56 threads and has an out-of-the-box clock speed of 4.3GHz.

The Core i9-9900K is "the best gaming processor in the world" based on performance tests done by Intel, and the ninth-gen chips are the first mainstream offerings to feature eight cores and 16 threads, Srivatsa said.

Initial PC lines that are expected to feature the ninth-gen processors include HP Omen, Lenovo Legion and Dell Alienware, he said. The ninth-gen Core processors ship 19 October and are available for preorder now.

Intel said all of the new processors will include protections against Spectre, Meltdown and other vulnerabilities, including the L1 Terminal Fault. “These protections include a combination of the hardware design changes we announced earlier this year as well as software and microcode updates,” Intel said in a statement provided to CRN USA.

The announcement of new processors comes as Intel is facing a CPU shortage, as a result of what interim CEO Bob Swan has described as a "surprising return" to growth in the PC market.

Intel partners and at least one distributor previously told CRN USA they were seeing a shortage of Intel's current-generation CPUs, most notably in lower-end client processors.

The company has not said when the CPU shortage is expected to end, but an Intel spokesperson previously told CRN USA that the company will share more details during its third-quarter earnings on 25 October. Reports from J.P. Morgan and research firm TrendForce both said that supply issues could last until early next year.