Intel wants to work with partners to build carbon-neutral PCs 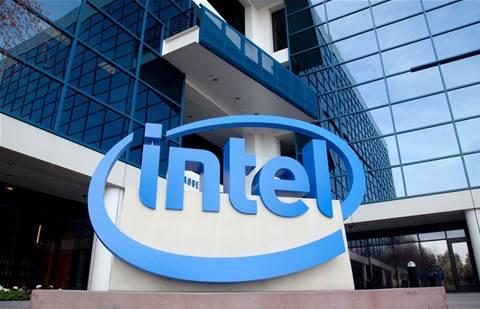 Intel is taking its corporate responsibility ambitions a step further by challenging the entire industry to tackle global challenges like climate change over the next 10 years.

Among the industry-wide goals set for 2030 by the chipmaker on Thursday, creating carbon-neutral PCs is one of them, which is meant to address climate change by eliminating the use of carbon and water and eliminating waste in the design and use of PCs, Gregory Bryant (pictured above), executive vice president and general manager of Intel's Client Computing Group, told CRN USA an in interview.

"We've created this set of global challenges that we think will mark a new era or a new chapter in corporate responsibility," he said. "We recognize, obviously, there's a huge component of Intel action in these global challenges. But we also recognize that even a company as big as Intel, it won't be enough for us to meet these goals without the partnership of other companies, our customers, our partners, our government entities around the world, etc., in order to bring these to fruition."

In Intel's goal of enabling carbon-neutral computing, the company will work with supply chain partners, PC manufacturers and customers to "create more sustainable and energy efficient PCs," Bryant said. This will be accomplished in part through sensor technology to reduce power usage as well as working with material vendors on recyclable packaging.

The company is also working on a sustainability roadmap that will impact a "variety of product lines" and involve working on more long-term, "more energy efficient, sustainable architectures in general," Bryant said.

The carbon-neutral computing initiative, Bryant said, is the "ultimate system level challenge" that is not completely unlike other industry programs Intel has done, such as Project Athena, which aims to create a new standard for ultra-thin laptops by working with OEMs and component suppliers to make features like long battery life and wake from sleep in under one second the norm.

While the industry-wide carbon computing initiative is new, Bryant said it builds upon the progress the company has already made in reducing water use, recycling most non-hazardous waste and making its processors and systems more energy efficient.

"It starts with manufacturing and obviously improving the energy efficiency of our process technology in our manufacturing," he said, referring to the work that goes into making, for instance, Intel's new 10-nanometer PC and server processors that increase transistor density. "We've made some improvements both on the server side and the PC side over the last decade."

In a summary of Intel's 2020 corporate responsibility report, the company said it increased the efficiency of its notebook products by 14 times and data center products by 8.5 times since 2010, though that fell below the company's goal of improving efficiency by a factor of 25.

As for Intel's other work, the company has been developing new silicon-level features, for instance, that use machine learning to optimize power use. At the system level, Bryant said the company has worked, for example, with component suppliers to enable 1-watt display technology to "dramatically improve the power efficiency of notebooks."

"The good news is we've already made some real significant progress in those key areas," Bryant said. "But there's a lot more work to do. We're just getting started."

To work towards these goals of eliminating carbon, water and waste in PC design and use, Bryant said the company is building a common framework for the industry that will provide guidelines for how to drive reductions, reuse and reclamation of materials. This framework will be available to the entire industry, including competitors, he added.

Kent Tibbils, vice president of marketing at ASI, a Fremont, Calif.-based Intel distributor, said for meaningful change to happen across multiple fronts, including climate change, it's going to take leadership from a large company like Intel to make it happen.

"I think when the industry can get together like that, and Intel can play a leadership role, we can be pretty optimistic about some real change," he said.

Cloud application revenue made easy
By Dylan Martin
May 18 2020
6:40AM