Intelledox looks for resellers as it launches SaaS solution 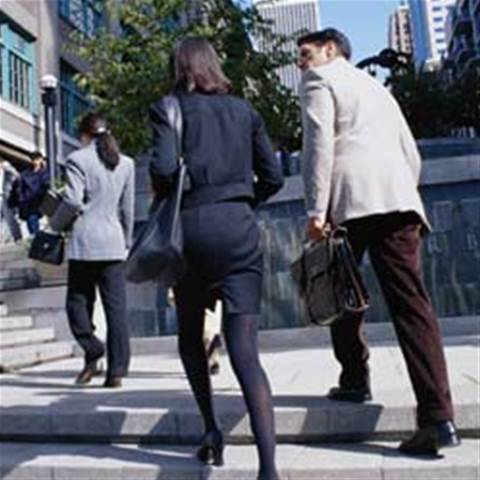 The Canberra HQ based company, which recently signed up Australian technology entrepreneur Peter Kazacos as chairman of the Board, allows companies to take control of their automated documents, cutting the amount of time it takes to generate and control how they are deployed.

According to Phillip Williamson CEO Intelledox, it has 300,000 users around the world and is now looking for channel partners both here and internationally.

He said the majority of the business is currently sold directly but it is looking for resellers particularly those who are system integrators with vertical experience and software resellers. It is already working with PKBA and Artis.

"In the current economic climate, it's good to hear a good news story," said Williamson.

"We said to ourselves, 'let's find something that is unique with a big market opportunity that is interesting'. Two years ago we invited Peter (Kazacos) to join the Board. He suggested we get a business development director (David Knox) and got David to join us.

"The company has shown that the technology works. It's a document generation engine. Companies often generate letters, invoices, etc.  700billion to a trillion documents are generated annually in an ad hoc way via a mainframe technology.

Williamson said the economic climate creates a good opportunity. If the US undergoes 3 million foreclosures that will generate several billion pages of documents.

"It's a huge opportunity for  people like us to work in that space," he said.

The software is 18 months old and clients include 3,000 financial planners in the AXA, the Civil Aviation Safety Authority and the ACT Planning and Land Authority.

The software is available as an enterprise software solution, a hosted solution and SaaS for smaller organisations. It works on the Microsoft platform and users can be trained within a couple of weeks to use the software.

According to Kazacos the intention was to create a "template store" where providers would sell their specialised content such as legal forms or human resources documents.

"Everybody makes money, even the customer who uses it," he added.

The company is looking to band together with industry groups as a potential sales channel.

Referring to one of its clients, the AIIA (Australian Information Industry Association) which provides legal documents such as non-disclosure agreements to its members, Kazacos said professional groups such as those that cover human resources professionals, real estate agencies, management professionals would be natural channel partners.

According to Knox, director, business development Intelledox, users get to control the content that goes into the documents.

"We have a successful product but we need resellers onboard because we can't do everything," he said.

"The document generation space is a rapidly growing area but the process of building a document is still a difficult process.

"Resellers will get consulting services and a percentage of the sales. We won't have a direct sale working against a reseller. They are not vying for commission. Direct sales will work with our resellers in training and on-going support. There is no direct channel conflict."