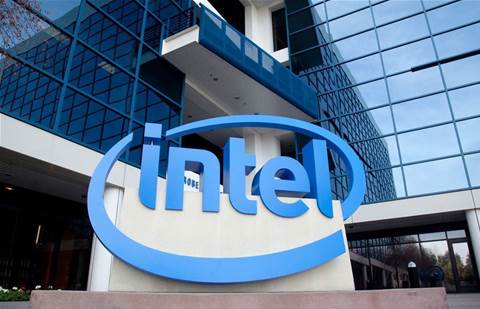 Citing a “sudden and rapid decline in economic activity,” Intel CEO Pat Gelsinger Thursday told analysts that the chip giant is seeing its PC vendor partners reduce inventory levels at a rate not seen in the last decade and as a result is lowering its PC market outlook.

“Our Q2 PC unit volumes suggest we are shipping below consumption as some of our largest customers are reducing inventory levels at a rate not seen in the last decade,” Gelsinger told analysts after Intel’s Client Computing Group reported a 25 percent decline in sales to US$7.7 billion for its second fiscal quarter ended July 2 compared with $10.3 billion in the year ago quarter.

Zinsner said Intel expects to take restructuring charges in the current quarter. Furthermore, he expects “macroeconomic conditions to continue to soften with the potential for a recessionary scenario to materialize.”

Intel is also seeing “economic headwinds” impacting the data center business and as a result is now lowering server (TAM) to reflect “more modest” growth,” said Gelsinger. “Increasing economic concerns are leading to a reduction in second half demand,” he said.

The server market adjustment came after Intel reported a 16 percent decline in sales for its data centre and AI group to $4.6 billion compared with $5.5 billion in the year ago quarter.

Intel expects to grow “slower than the overall data center market,” said Gelsinger. “It’s not a fact we like but the forecast we see,” he said. “We have a singular focus to regain performance and TCO .(total cost of ownership) leadership across all workloads and use cases from enterprise to cloud.”

Overall, Intel reported a $454 million loss for the quarter on a 22 percent decline in sales to $15.3 billion. In the year ago quarter, Intel reported earnings of $5.0 billion on sales of $19.6 billion. Intel shares were down 10 percent on Friday to $35.53 in the wake of the disappointing results.

“This quarter’s results were below the standards we have set for the company and our shareholders,” said Gelsinger in a prepared statement. “We must and will do better. The sudden and rapid decline in economic activity was the largest driver, but the shortfall also reflects our own execution issues.”

As it looks to the second half, Intel is “planning for volatility as the world adjusts to the end of a two plus year pandemic and the unprecedented stimulus governments used to fight it,” said Gelsinger.

Gelsinger also pointed to the continued supply chain challenges that have hampered Intel. “Across the economy, supply chain issues have both limited the ability to meet demand in some areas and driven inventory well above normal levels in others,” he said.

As a result of the “high level of uncertainty” going forward, Zinsner said the company has lowered its full year sales and earnings estimates and is moving to a “range based approach to revenue guidance” for the rest of the year. “There’s also a risk for continued COVID related impacts on demand and the supply chain to continue throughout the year,” said Zinsner.

Intel now expects full year adjusted earnings of $2.30 per share on revenue of $65 to $68 billion. That compares with a forecast from three months ago of $3.60 in earnings and $76 billion in sales.

Intel is also planning on lowering “core expenses” in 2022 and is continuing a slowdown in hiring. Last month, in an internal memo sent to employees, Intel said it is “pausing all hiring and placing all job requisitions on hold” in the personal computer chip division.

All that said, Gelsinger said he does not see “expense discipline” impacting the company’s strategy to “process performance parity” with competitors in 2024 and “unquestioned leadership in 2025. “This goal is our true North star,”

Shane Snider and Steven Burke contributed to this story.