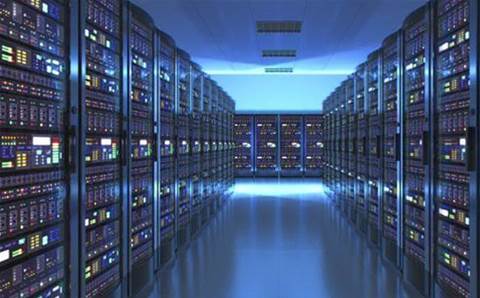 Intel plans to follow Rialto Bridge to Falcon Shores, which will mash x86 with GPU technology into a single socket, which the company says will produce performance improvements by five times over current GPU platforms. Falcon shores is targeted for a 2024 release, the company said. Falcon Shores’ unique architecture will allow multiple tiles to be used on a single socket, something Intel’s Jeff McVeigh, vice president and general manager of the Super Compute Group, says will allow more flexibility for customers to maximize performance for their own needs.

“I do think it’s a revolutionary change,” McVeigh told reporters during a press briefing. “What’s different here is making sure that you can pick and place different tiles and interfaces – so you can adapt over time.”

GPUs have become indispensable for supercomputing tasks that involve AI training, drug research, financial modelling, and medical imaging. While CPU-driven tasks are still driven by x86 technology (and Intel’s Xeon chips), the GPU game has been heavily dominated by Nvidia with AMD following closely behind. In the teraflop speed race, Ponte Vecchio was positioned between AMD and Nvidia’s most recent offerings at 45TFLOPS.

Kent Tibbils, vice president of marketing for Intel distributor ASI Corp. said the three giants’ race for data centre compute dominance is great for all players. “The industry always benefits when competitive forces are chasing each other. I think there’s a lot of interest from companies for the new Intel offerings. But it will have to be good. But this looks to put Intel on a level playing field for GPUs.”

But what data centre partners are equally excited about is the introduction of Intel’s unifying developer software named oneAPI, which will automatically pick the appropriate Intel silicon for a given task. Tibbils said Nvidia’s CUDA toolkit will be a tough competitor to overcome, especially with legacy users. “CUDA has been in the market for decades,” he said. “But there are really strong opportunities there for new use cases – something where someone is doing something new that requires this level of computing.”

Tibbils said Intel will need to be competitive with pricing as well as attractive specs. “They can be a little slow to react on the pricing side,” he said. “Here, I think they are going to need to get in there and be really competitive on price.”

Dominic Daninger, vice president of engineering at Burnsville, Minn.-based Nor-Tech, also pointed to CUDA’s position in the data centre market. “I do think Intel will have a real challenge to displace Nvidia in much of the GPU accelerator market due to the fact that Nvidia has such a head start with CUDA. We have a lot of customers that have a ton of work invested in CUDA and most are reluctant to move to something else,” he said in an email to CRN US.

Roger Kay, technology analyst and founder Endpoint Technologies Associates, said the GPU roadmap is still a little out-of-focus – the company will probably slowly release details on their chip roadmap as the game unfolds. “They’ve given a peek at coming products and they will probably only begin to talk about more specifics,” he said, noting that Intel’s attempt to wrest market away from Nvidia will unfold over years, not months. “In this game, Intel is playing catch-up ball,” he said. “This transition is probably going to be more like a ten-year period.”

Kay said the companies will battle it out for the future of supercomputing for a long time. “Intel doesn’t have to win every battle,” he said. “It just has to win some.”