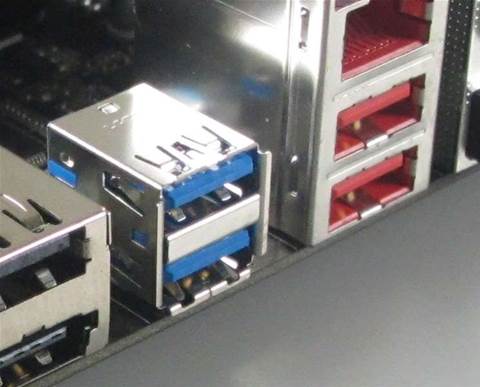 According to our sources, something is rotten in the state of Intel’s upcoming Z87 chipset which will ship with "Haswell" systems later this year.

The problem in question effects some USB flash drives. It involves the chipset ceasing to poll those affected drives when a Z87 system enters an S3 sleep state. This means that the USB drive does not wake back up with the system, and the drive must be reconnected.

In practical terms this means that any applications accessing files on an effected USB drive will lose them if a PC enters an S3 state. In the case of a document, for example, the user would need to go back to the last saved version.

The affected version of the chipset will ship with initial Haswell systems, and the problem won’t be rectified until the C2 stepping ships in July.

Ultimately this is more of a nuisance than a potentially system destroying bug like that which prompted the recall of the Sandy Bridge chipsets back in 2011. But it is still going to be a major annoyance in the first wave of retail Z87 products.

Such an annoying, replicable, known bug has the potential to hamper the uptake of the new Haswell CPUs when they launch and is going to cause serious headaches for manufacturers and their channel partners left to deal with complaints.

With Haswell just months away from launch, Intel is now looking at a serious public relations headache. In response to a request for comment from CRN sister publication PCA, the chip giant issued the following prepared statement:

"We're continually working with customers to resolve any sighting reported pre or post launch and won't comment on NDA technical work we are doing. And we're on track for launch".