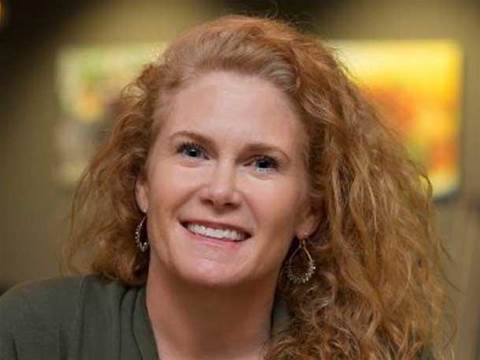 Intel’s vPro has long been considered an industry standard for remote management and security for commercial PCs and has been around for 16 years. But despite its long history, the platform has been evolving and expanding services to more businesses.

Stephanie Hallford, Intel’s vice president and general manager for business client platforms, leads the vPro security platform as part of its Client Compute Group aimed at commercial businesses. The company in March released its latest version of the vPro platform to work with its 12th-generation Intel Core processors, code-named Alder Lake. Hallford spoke with CRN US during the Vision 2022 conference in Dallas.

“Our strategy has been really pivoting,” Hallford said. “At 16 years old, vPro is by far the dominant PC platform in large enterprises. And it is built around remote manageability. But 16 years later, we realised we need to do more than that. The ability to reach and manage power on a system in, say Abu Dhabi or wherever it may be, is a huge value-add and with the pandemic that value grew exponentially. Meanwhile, we’ve modernised the offering so it’s easier to implement and activate.”

Intel this year wanted to bring vPro’s offerings to small and midsize businesses to complement its presence in the large enterprise space. “We are really starting to reach out to more of the small- and medium business channel players because that is a very fragmented market,” Hallford said. “Our channel programs are very effective in hard-to-reach areas. The channel can move fast and fill niches quickly.”

The new light version of vPro—called vPro Essentials—was rolled out in March and introduced to more than a dozen laptops and Chromebooks. The thinking was that a light version of vPro would be attractive to cost-conscious smaller businesses and government contracts. Hallford said so far, the offering has proven popular among small and medium-enterprise (SME) customers.

“We do a lot of enabling with ecosystem partners. That concept of threat protection—we have capabilities in the platform that we expose through API [security companies] or software to partners like Accenture, CrowdStrike or Windows Defender, and they extract and unlock more value from the platform and they scale with us. We’ve taken some of the less complex elements of the vPro software for large enterprise so that an SME can implement security manageability with a lower price tag.”