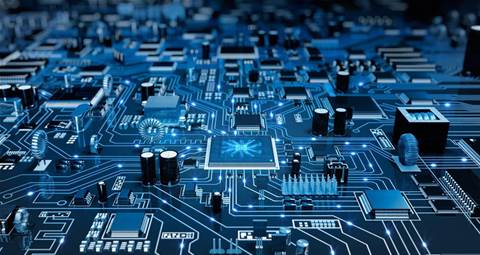 Intel executive Stephanie Hallford said the chipmaker's 14-year-old vPro IT management platform has been evolving to serve growing and diversifying remote IT needs, which help organizations prepare for the recent pandemic-induced work-from-home rush.

"Lord knows we didn't have a pandemic in mind when thinking about and planning the needs for working remotely or IT managers managing systems remotely," Hallford, vice president of the Client Computing Group and general manager of business client platforms at Intel, said in an interview with CRN.

Launched 14 years ago, the Intel vPro platform was rooted in providing IT organizations with remote management and other device management capabilities at the silicon level for the company's commercial-grade desktop and laptop processors.

But Hallford said the vPro platform has evolved over time to support more features and put a greater emphasis on performance and security — two areas that are top of mind now with many people bringing company PCs home and using demanding applications like teleconferencing tools.

"I think surprisingly that basic need of performance keeps bubbling back up," she said. "And IT departments get it. They really get the need for performance. They really understand, now more than ever, not only with all the security agents that they're constantly being asked to install, but also simply the new collaboration tools [that are being used]."

It's for those reasons that Hallford believes that Intel's more than a decade of work on the vPro platform has prepared the company to support organizations in their swift relocation of workers to home offices.

"The reality is, vPro's got over a decade of experience in that element and as we get into the realities right now and the everyday changes that are happening right now with COVID-19, it's been interesting to see how the things that we've been doing for a decade now are really coming into play and are really proven to be advantageous," she said.

On the security side, Hallford said the company has increased its investments over the past few years, particularly with new built-in hardware security features under the umbrella name Intel Hardware Shield that protect the BIOS from firmware attacks, among other things.

"With Comet Lake, it'll be the first platform that Intel Hardware Shield is required in order to get that vPro badge," she said. "The lead that we'll be talking through is the benefits out of the box: if you're deploying new hardware, new software, you're going to be more secure thanks to our cooperation with Microsoft and the work that we've done with our OEMs to build Hardware Shield in."

Following Comet Lake vPro — which the company previously teased for release in the first half of 2020 — Hallford said the next mobile processor lineup to get the vPro treatment will be Tiger Lake, the next generation of Intel's 10-nanometer processors, in early 2021.

"Tiger Lake vPro will be the next big one with Rocket Lake on the desktop side," she said. "So Comet Lake coming out next month actually and then Tiger Lake vPro early in 2021."

This year, Hallford said the company is making a more concerted effort to raise awareness of vPro in marketing campaigns with a focus on helping organizations understand the platform's full benefits. Last year, the company commissioned and published a study by research firm Forrester showing that vPro can give businesses a 155 percent return on investment over three years.

"The awareness level is good. The understanding of how to make the most of it is probably lower," she said. "And so you'll see us this year spending a lot of time co-marketing and co-educating with the OEMs but also more directly ourselves."

Intel's vPro team has also put a greater emphasis on working with channel partners and independent service providers through a new ecosystem enablement team, Hallford said. That efforts includes companies like Accenture and Datto, the latter of which added a vPro integration earlier this year.

"I think the DNA of their ability to provide solutions and solve problems is really additive to the vPro platform goodness," she said. "And so just philosophically, we've really invested in how do we focus on being the platform of choice — the most secure, best manageability, highest performing, stable — but also allow hooks that our ecosystem partners can drive value off of?"

Bob Venero, CEO of Future Tech Enterprise, a New York-based Intel partner that sells to large enterprise customers, said organizations should wake up to the capabilities offered by vPro as they learn how to manage large fleets of PCs and laptops for their largely remote workforce.

"vPro was a lot of times a second thought for people, and they didn't utilize it as much," he said. "I think now with a home-based workforce, vPro and its remote management capabilities are more important and probably needs to be looked at a lot of these organizations that now have remote workers."

Michael Goldstein, CEO of LAN Infotech, a Fort Lauderdale, Fla.-based solution provider that works with Dell and Lenovo, said his company was part of an Intel testing program in January for vPro that opened his eyes to the integrations the platform supports for managed service provider tools.

"It wasn't one of the requirements usually when people were budgeting, but after got their hands [on a vPro] laptop and went through some of the testing with Intel and seeing what you could actually do, we're trying to make sure that everything is properly configured and that we are starting to push that out there," he said.