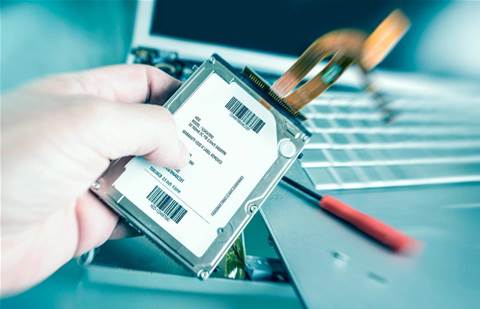 EraseIT, which is headquartered in Port Melbourne, was previously owned by Christopher Ride, the former chief executive of Interactive who stepped down late last year.

According to Interactive, EraseIT supports the secure erasure and safe destruction or resale needs of more than 650 customers across Australia.

The company said its data erasure services meet US Department of Defence and NATO standards.

All 28 EraseIT staff will become part of Interactive, which is one of the largest privately owned MSPs in Australia, with 2017 revenues of $167.8 million.

Christopher Atamian, general manager of EraseIT, said: "As customers across Australia develop their responses to the new mandatory data breach reporting, it is critical that they consider the decommissioning and destruction of hardware as part of their plans.

"The capability we bring to the Interactive hardware maintenance portfolio enables clients to incorporate secure and environmentally safe destruction of obsolete or redundant hardware in their maintenance plans," Atamian added.

Interactive CEO Mal McHutchison said: “Companies of all sizes have growing responsibility to ensure their data is effectively and efficiently deleted from devices that have reached the end of their useful lives.

"Adding the capability provided by EraseIT to our already substantial hardware maintenance capabilities ensures our customers need only deal with a single supplier for their critical infrastructure support and decommissioning and destruction requirements."