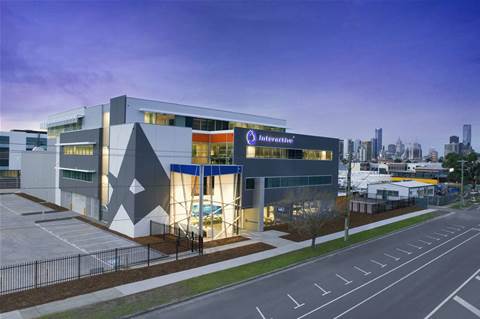 Interactive has revealed plans to spend $50 million building the first phase of a new data centre in Melbourne and expanding an existing facility in Sydney's north.

The IT services company also opened a fast-tracked $10 million expansion of its existing Melbourne data centre in Port Park this week.

Managing director Christopher Ride said the fitout of the last remaining floor space in Port Park had been brought forward to meet customer demand for infrastructure-as-a-service and other managed services offerings.

"We left space on the ground floor [of Port Park] for a data centre expansion," Ride said.

"It was always planned in the initial build [but] we were really thinking it would be a 2012/13 project.

"We had to bring it forward by two years to meet the demand and beat the current providers in the marketplace."

The expansion of Port Park added 200 racks of technical floor space with 2N redundancy. Over half of the new racks were sold before the new data floor became "active" on Monday this week.

Ride said Interactive had experienced a compound annual growth rate of 25 percent over the past five years.

Ride revealed that Interactive had secured land to build a second data centre in Melbourne that would be at least as big as Port Park.

"We're in final contract negotiations to get [construction] underway".

Like Port Park, the data centre fitout would be divided into four phases or "cells". Interactive planned to spend $25 million on stage one - due for completion in two to two-and-a-half years - with three expansions planned, each costing between $7 million and $10 million.

The centre would cost up to $55 million when fully completed.

Interactive was also in "planning stages" for a $25 million expansion of its Sydney data centre.

"We've got data centres in two [adjacent] buildings currently so we took more of the rest of [the second building]," Ride said.

"We've secured the property, which is one of the big challenges".

About $3 million of the $25 million investment was to deploy three new electricity substations to service the facility.

"We're keeping the two current substations and then there's an additional three going in," Ride said.

The Sydney expansion was expected to go live in a year's time.

But it cost Interactive 25 percent more than any other previous cell fitout - some $50,000 a rack - due to the infrastructure requirement to meet 2N levels of redundancy on the floor.

2N meant there were two spares of all plant equipment servicing that floor space.

"N+1 is really not enough for cloud environments that have a really concentrated amount of risk associated with them," Ride said.

"You're compressing multiple customers environments into that space [so you need the extra redundancy]."

Part of the additional investment at Port Park went on fireproofing the new data hall, new facilities for customers and a new operations centre for Interactive's on-site staff.

Interactive provided virtual or dedicated systems for customers that were managed and monitored up to the OS layer. The company ran the hardware and managed - but did not provide - telecommunications links. All software running in the environment was the responsibility of the customer.