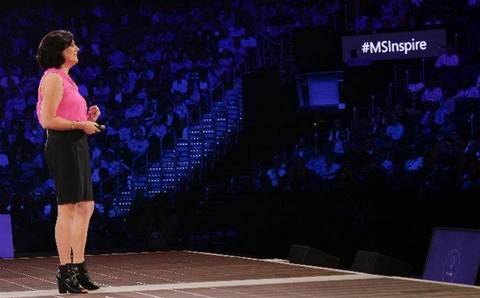 Microsoft channel chief Gavriella Schuster defended the company's decision to stop providing partners with internal use rights on Microsoft products, while acknowledging this is an unpopular move with partners.

Speaking to reporters this week, Schuster said that partner feedback "has not been good" on the plan, which will end internal use rights (IUR) for partners a year from now. The IUR benefit provides free product licenses for business usage by partners, and the perk has been a staple of Microsoft's partner program for decades.

"I'm accountable for that decision. I knew [the feedback] wasn't going to be good," said Schuster, who is corporate vice president for Microsoft's One Commercial Partner organisation. Schuster said she helped to create the IUR program in 1995 shortly after joining Microsoft.

Microsoft disclosed last week that it will stop offering the IUR benefit starting July 1, 2020. The company has said it will re-purpose the money into other partner investments. Schuster described the move as crucial for Microsoft's ability to continue funding new channel initiatives.

As Microsoft's products have shifted to being delivered as cloud services, rather than as on-premise software, the cost of covering internal use rights has risen substantially, she said. The bill for IUR has become "really big," Schuster said.

Microsoft executives offered no indication this week that they’re considering ways to retain the IUR benefit.

"When I was doing the calculations, I was like, if we continue to grow the number of partners, and we continue to grow their usage--because they're doing awesome things with all the technology--pretty much I could only afford to pay for the use rights. And I couldn't afford any of the other services that I'm doing," Schuster said. "So I was like, alright, that's kind of an easy decision then. I think I have to stop doing that."

Partners will still be able to receive licenses to use Microsoft products for business development purposes, including demonstration, development and internal training, the company has said.

The elimination of IUR is unquestionably going to be “hard” for partners, and that’s why the program isn’t ending for another year, Schuster said.

“We said, you've got a year to figure this out. But we need you to figure this out,” Schuster said. “And we have all of our teams on standby, working with the partners on, ‘Let's come up with the best licensing solution for your organisation.’ Let's figure out if there are specials that we can create for you. But I just can't make it free any more.”

Toby Richards, general manager of Microsoft’s partner go-to-market programs for the One Commercial Partner organisation, said the company wants to focus its channel investments on business growth rather than licensing perks.

Along with getting product licenses for business development, partners are "also going to get these new capabilities--more Cloud Solution Provider capabilities, more security features built into that, more SKUs we're adding to that for them to sell," Richards said in an interview with CRN USA.

"We're adding a new capability that allows our services partners to re-sell our ISV partners' solutions through CSP. From an investment perspective, we have to invest in that capability in terms of engineering and test. Our belief is, what we're able to do with these investments is to help grow their business more."

Ultimately, Microsoft's aim is "to invest with the partners who want to grow with us," he said.

"We don't want to weed out partners. But we certainly want to provide opportunities for those partners who want to grow with us," Richards said. "It's not an intentional weed-out, but some partners--if they're not interested in growth, I suppose it might feel like that. Our goal is let's partner, make new markets, create new opportunities. And if you do that with us, you'll get rewarded for that."