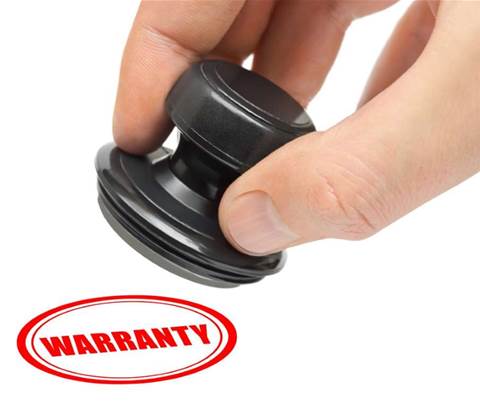 It’s one fix being put forward as a resolution to the ongoing debate around IT price discrepancies in Australia, but will international warranties calm customers who think they are getting ripped off?

The IT price inquiry held its second hearing in Canberra last week, with the Australian Communications Consumer Action Network fronting up to the committee to present its arguments on why consumers and businesses are being ripped off with IT products locally.

ACCAN’s own research has found several examples of inexplicable price differences in products sold in Australia, most notably with software vendor Adobe.

The lobby group said Adobe hikes its prices up around 30 percent for no reason other than what has become known as the “Aussie tax” - an extra percentage for local buyers based on the perception they can afford it.

ACCAN said there is no reason why Adobe’s prices should be higher given its software products require no overheads to be sold in Australia, with a simple click all that is needed to download the item.

“Software has different economic properties to many other products,” ACCAN said in its submission to the IT price inquiry.

“Due to compatibility issues, unless there are uniform standards allowing multiple software products to access and edit files from different programs, the value of software increases with the number of people using that product. Market power then tends to reside in a few powerful organisations.”

It said Adobe is taking advantage of its market dominance in Australia and lack of viable competitors in the creative and design space, where its products are virtually the default choice for many organisations.

“It also structures products in such a way that requires regular investment (through purchasing upgrades and linking products) that make the cost of switching to another piece of software more expensive. This market power would appear to allow Adobe to undertake international price discrimination to the detriment of Australian small businesses, many of whom have little choice about what product they are able to purchase.”

Adobe has declined to explain its pricing strategy, choosing not to enter a submission to the IT inquiry or give evidence to the parliamentary committee. It instead submitted an entry to vendor representative body the Australian Information Industry Association as part of a combined submission to the inquiry.

The AIIA submission did not single out any particular vendor but put the blame on a variety of factors including GST, shipping costs, regulatory requirements under Australian Consumer Law, “strict” warranties, rent, labour costs, economies of scale, as well as marketing and advertising, for higher Australian pricing.

The AIIA acknowledged the “incremental” price differences in digital software products locally but said this came down to “market conditions” and “distribution costs". It has also blamed local resellers for charging more.

“Vendors advise that the cost of doing business in the Australian market is higher per unit of revenue earned than in the US,” it said in its submission.

ACCAN policy and campaigns officer Erin Turner told CRN it was another example of vendors failing to properly communicate to customers precisely why they paid more, while relying on the knowledge that their market power and lack of alternatives meant more could be added to be price.

It appears to be an attitude widely-held by IT vendors, with many accusing tech giant Apple of being among the worst offenders. Apple declined to participate publicly in the government inquiry aside from requesting a private, closed-door hearing with the committee.

ACCAN said the problem is too difficult to deal with on a domestic level, suggesting a potential fix could be warranties that are valid across national borders. It said encouraging consumers towards the online shopping trend by offering the security of an international warranty would get rid of market dominance locally and therefore create genuine competition and force downward pressure on prices.

In her address to the committee last Wednesday, Turner said the consumer exodus to online merchants has brought international price discrepancies into sharp relief, but buying internationally was leaving customers open to potential problems.

Turner said some products may not function properly in Australia due to geographic restrictions built into them, while consumers might also find they are not protected by local consumer laws.

“What consumers may not know is that Australian Consumer Law possibly does not extend to these international purchases, or, if it does, that the law would be extremely difficult to enforce. This matters because if something goes wrong it could be difficult to seek redress,” Turner said.

“These consumers may not have access to repairs, refunds or replacement as they would if they purchased products in Australia. The Committee can protect these consumers by recommending that the Government and appropriate bodies encourage the development of international warranties for products sold by international companies.”

Turner told CRN there was no one answer to the problem and international warranties wouldn’t act as a silver bullet, but suggested international trade agreements and discussions with global companies could solve one piece of the puzzle.

The only major IT vendor to publicly participate in the pricing inquiry, Microsoft, declined to comment for this article. CRN also reached out to several other multinational tech vendors and received no response.

Apple is one example of a company which already provides international warranties for its products, however it appears not to have made any difference to the company's global pricing structure.

Research by consumer advocacy group Choice found for the equivalent top 50 songs, iTunes prices in Australia were 52 per cent more than in the US.

Price discrepancies are more obvious in Apple's digital products, but still apparent with its hardware. As one example, Apple’s 13in Macbook Pro costs $US1199 ($A1149) in the US, but $A1349 locally.

Telsyte analyst Rodney Gedda said Apple was a good example of how an international warranty would not necessarily help drive prices down locally.

He said multinational vendors have many cards to play when giving excuses for higher local prices.

“The vendors will come up with 10 different reasons why there is a price difference and warranty is just one of them,” Gedda said.

“In terms of breaking the back of the pricing structure around the globe, it may not cause the vendors to change their tune, because there are complex reasons why pricing is different. They will say the international warranty is in place to help consumers, and it doesn’t change the exchange rate or shipping costs or whatever- these are the cards the vendors have up their sleeves.”

Gedda said warranties transcending national borders would help to spur the tide of consumers moving to online purchasing. He agreed with ACCAN’s assessment that the trend could help erode price differences, but said the discrepancies will continue to exist.

"Anything that helps consumers buy things internationally [to discourage local market dominance] is a good thing, but I don’t see it as significantly changing any price discrepancies, because vendors have other cards up their sleeves."