Internet in space is one small step for mankind, one giant step for engineers 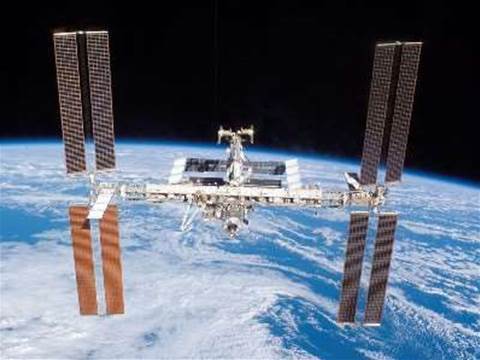 The impact of the space node installation gives hope to astronauts that an automatic connection to the internet might someday give them a chance to participate in forums and write sneaky comments on astronomy message boards.

According to a report in New Scientist, NASA aims to have the 'interplanetary internet', as they're calling it, permanently established by 2011.

Up until now, astronauts had to schedule times for data uploads and downloads with ground control on Earth. A new process called delay-tolerant networking (DTN) was developed in place of traditional TCP/IP connections to prevent patchy connections in space. Each node stores information, until it can find another node to receive it.

With the node being hosted by the International Space Station (ISS), astronauts are hoping that this signals the first big step in acquiring an automated internet connection in space;  the holy grail of net connections.

Space missions aren't just hoping for an automated internet feed, they'll need it to be fast too.  The latest module tested, showed speeds up to four times faster than usual using. Scientific images of crystals formed by metal salts in free-fall were sent back to mission control for analsys, somewhat proving how a theortical space internet connection could function in a real-world test.

According to a report, there is hope within the space community that a space based internet will give access to better space weather alert information.