Interview: Is there still room for an SMB channel in Microsoft's cloud? 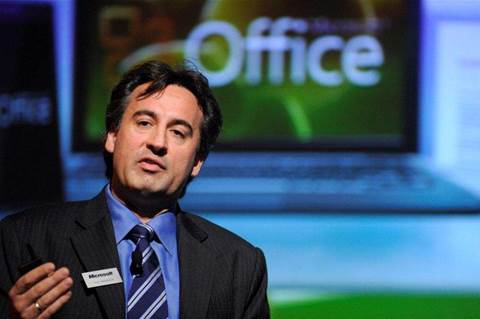 Microsoft has talked up new opportunities for its small business partners following the launch of Office 2010 - as well as an ongoing commitment to cloud computing.

"We have never really reached out to the small business space before," he said.

Hendrikse claimed that Microsoft has "made it easier for smaller customers to embrace advanced capabilities by using the cloud.

"It used to be hard for resellers - because they needed a data centre and back office IT skills. Now we're moving products like Sharepoint and Exchange to the cloud.

"It becomes far easier for small and medium business to use those services - that‘s a major opportunity for partners to start introducing services like business intelligence and advanced communication."

Hendrikse said partners who are today selling Exchange Servers with set-up and patching service packs "will be able to tell customers that they can retire their PABX.

"They can [for example] help build an infrastructure for live meetings" instead, he said.

Hendrikse said Microsoft will position those products "to be very optimised for the small business space".

"That's where we think is the biggest opportunity," he said. "Those customers are craving for enterprise capabilities but don't have the means to build their big data centres."

Specifically, next year Microsoft will offer online services that will focus on the small business space.

"Microsoft wants to make sure our partners become the best cloud partner channel in the world," he said.

"We really need to change the way we deliver that readiness - through simple training capabilities online. We need to do a lot extra work to enable our partners.

"And the fact that we're moving to the cloud ...we think we need a lot of homework to help our partners move to set up those types of services.

Hendrikse said Office 2010 is the "main crux" of the vendor's SMB strategy.

"We think there is a huge opportunity," he said.

For resellers, the market opportunity is around the data, he said.

"The number of PCs in the Australian market is 82 percent. It's a great opportunity to sell Office 2010, of course. There's still 56 percent of users who use older versions of Office and there's a huge opportunity to upsell to Office 2010.

Hendrikse said Office 2007 was "a very solid piece of engineering and a major update as far as user interface innovation, but we don't think that was connected to a lot of concrete customer pain points."

There was "a few years of apathy around the Office product," he said.

"Now, with Office 2010 we really address the specific needs of the customer to work across groups, to work across organisational boundaries across the firewall to really distil information more easily."

Hendrikse said those partners that have made money  installing and servicing physical servers by installing and upgrading service packs have to look at their business.

"It is changing and they need to change or retrain people," he said.

"I think the hardest for them is that they want to buy into the new opportunities, but they've got a lot of existing customers.

"So it's very important for Microsoft to go through the transition phase," he said.