Interview: Peter Kazacos and the "wild west" of IT 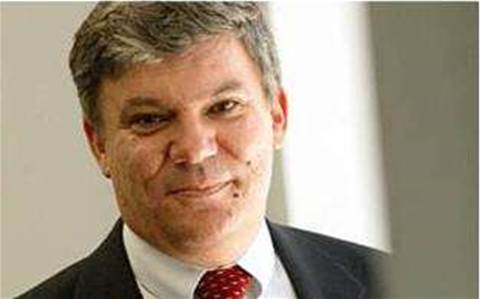 In a surprise move earlier this year, Kazacos reappeared as the chairman of Hostech - a company formed through the acquisition of several small business telecommunications resellers (5 Star Telecom and Officelink Plus) and small business IT service providers (Anittel, Accord Technology, Axxis and Aspirence).

Brett Winterford caught up with Peter this week to discuss his plans to build an empire around regional IT and telecommunications.

Brett Winterford: Why would you be interested in building another Kaz from scratch?

Peter Kazacos: Once I sold Kaz to Telstra in 2004, I spent almost three years inside Telstra trying to get an understanding of the telco side of the business and convergence. There was a view at some stage, I guess, that Kaz could occupy that space at the mid to large end of the market. But there were too many vested interests within Telstra to make that happen.

At the end of 2007 I started to formulate a strategy as to how to take that story to the small business market. As to how to execute that strategy? I must say that has evolved over time.

The strategy so far has been around the amalgamation of small regional resellers. Why did you choose these companies?

With regards to the A Team - (Accord, Axxis and Aspirence) - I was looking to acquire them at Anittel anyway, before the opportunity [to merge with Hostech] came along.

The advantage of the companies acquired by Hostech is that it provides us a wholesale relationship with Telstra.

What is the vision for what you'll provide regional customers?

Our customers will want one bill for fixed line, for mobile, for broadband and for managed IT services. They want to call one number for when something goes wrong.

What we are trying to do is to become a trusted advisor to the companies we support.

So you want to introduce managed services to small businesses in regional Australia?

A lot of these companies have small servers sitting in their cupboard.

The only way we will get them comfortable with moving from in-house systems to the data centre, just as we did with the medium and large organisations in the Kaz days, is to earn their trust as a provider. We provide the CIO function for them.

The model is that we sell and support at the regional level and deliver out of centralised data centres - so customers in regional NSW, for example, will be served out of a data centre in Sydney.

The business model reminds me somewhat of Commander...

Commander's strategy wasn't wrong, their execution was wrong. They acquired the wrong company. But they were coming at it from the right angle.

Which acquistion do you refer to? Volante?

I don't want to dive into why Commander failed, but Volante was too heavy into infrastructure and not managed services, in my opinion.

In this converged market, there really isn't a national player with reach on both IT and telecommunications.

Did you consider the franchise model for setting up regional branches, rather than the acquistion trail?

No. One, the franchise arrangement is too difficult to manage.

Two, the only people that make money from the franchise model are not the franchisees. I don't want to set something up like that. It might work for Jim's Mowing or Geek IT or for some other business serving individuals, but business-grade services require a certain level of service. Service to me is the key, you can tarnish a brand very quickly without it.

What kind of managed services will you offer?

We have intentionally not focused on being a provider of application services, outside of supporting Microsoft CRM and Great Plains (Accounting/ERP). If we don't get into the app game, we won't alienate ourselves with the suppliers.

We do support Microsoft's BPOS (business productivity online services) and we are working with Telstra, who facilitates that through T-Suite. We have already had some customers talking to Telstra on T-Suite.

Do you have concerns about introducing your clients to cloud-based solutions in which computing can more easily be consumed than through your own managed services?

Not really, as what we get out of it is maintaining a relationship with the customer across both IT and telecommunications.

Is their any resale margin around Telstra T-Suite?

There is a bit of annuity but it does come off quite early. You don't get much from that.

What you do get is the respect and loyalty of the customer. In the SMB space, there has long been a lot of backyard operators trying to reinvent the wheel for these customers.

The most obvious example is the web application developer, who builds a customer an app that nobody can support and then goes away on a skiing holiday. Unfortunately the only way customers tend to learn is when they have a disaster. There is a real demand for reputable suppliers of these services.

Who are your vendor partners?

We have Cisco and Avaya around the networks, with Telstra Wholesale on the telco side. For hardware we are looking at HP, Dell, Lenovo and IBM (servers). We don't do Sun. On software, we mostly do Microsoft, with some VMware and Citrix at higher levels.

As we bring the businesses together, we may look to rationalise the suppliers and the providers of data centre services.

Read on to page two as Peter Kazacos discusses more acquistions, working with the NBN and recruitment plans.