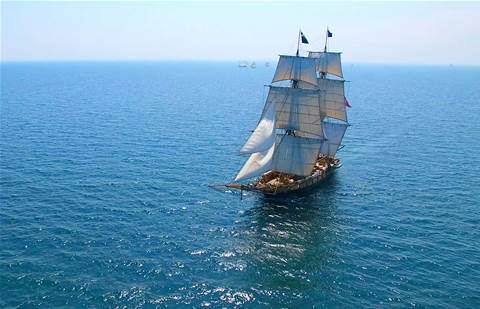 It’s been more than two years since US-based Telarus expanded to down under, bringing with it the master agent model that the Aussie channel wasn’t really all that familiar with.

In April 2018, former country manager for Avaya partner AGC Networks Tony Heywood was revealed to be heading up Telarus’ expansion into Australia and New Zealand market. Shortly after, the local entity changed its name to Tradewinds, so as to avoid confusion with a certain Melbourne telco.

In the time since Tradewinds came to be, the vendor has expanded its supplier range from covering voice and collaboration and contact centre technologies to six categories, with SD-WAN, security, connectivity and infrastructure joining the aforementioned two. Heywood is also now joined in running the business locally by Francis Choy, Tradewinds’ operations manager, who came on board in late 2018.

Speaking with Tradewinds ANZ vice president Heywood last week, CRN checked in on how the model was progressing in Australia, and if partners were embracing the master agent model.

CRN: So how are things feeling 24 months into this role and the establishment of Tradewinds here in Australia?

Tony Heywood: There are lots of metaphors that I could use, but certainly I believe we’ve tipped the scales from being in startup to scale-up mode. What makes me believe that is that until even three months ago, 90 percent of what Francis and I did was outbound; if we didn’t make it happen, then it probably wouldn’t happen in the local market.

But in the last three months, we’ve actually onboarded six or eight new suppliers, and as a result of having a much broader vendor suite, I would say that 80 percent of what we’re doing is inbound.

I had a call from a major infrastructure PBX partner in Melbourne this morning, who had recognised some limitations in their own product suite and certification model. We had a 45-minute chat and they’ve agreed to come on board. It’s extremely gratifying to have that calibre of partner come on board, and humbling as well.

So we’ve got to that point, over a period of time, where all of the business hygiene metrics are being met and exceeded, and we're in a good place. Particularly in the last few months, I’ve noticed we’re consistently up, and up further than we anticipated.

CRN: Catch us up on what the master agent model is and how it is different to a distributor agreement?

Tony Heywood: Different to IT distribution, the master agent model pays partners evergreen commissions for business transacted by the vendors.

The model allows partners to focus on consultative selling, building strategy and providing advice to their customers, without the need for high implementation and management costs.

It is a net profit model; increasing EBIT percentage with little or no cost of goods sold.

CRN: You must have a lot of conversations with partners for whom the master agent model is a new concept, how has the literacy of that model grown and what are those conversations like?

Tony Heywood: I’m spending a lot less time having to explain that it's not some ponzi scheme and that it's legal (laughs).

We’ve come a long way from where we were two years ago, where I was working with new suppliers we didn’t have a brand and the model was brand new. So I had three big negatives against me.

Again, I would say that the last two years has allowed us to, firstly, understand what it is that we do. I was brand new to it. So I’m now much better at positioning the value proposition. To our delight we have such amazing supply partners in all six different technology categories that we look after, they are brand names that partners at least have to pay attention to. We’re getting partners’ attention.

CRN: If it was new for you it would definitely represent a change for how MSPs think of doing business.

Tony Heywood: Some partners, in particular MSPs, are fixed on wanting to invoice the customer, in order to control or completely manage the relationship. The master agent model focuses the partner on providing value through engagement, rather than value through an invoice.

For a cloud offering that is 100% provided by the vendor, an invoice increases liability of the partner, even though the partner has no control over the performance of the offering.  Better to stand aside and let the vendor invoice.  The partner can then build services around the offering.  This has been the model for Salesforce partners for over a decade..and it works fabulously well.

CRN: So how are partner onboards for Tradewinds looking?

Tony Heywood: We've got a good sample size. We got a couple of hundred patterns on board now and of the partners that we have, and that are active, there are three basic categories.

The first category would be the MSP category, where they've already got an established business, they've got certifications and capability in particular areas or even in particular brands of suppliers. So if someone is a Cisco partner, for example, we're saying, “Fine, do the Cisco stuff, be the best Cisco partner that you can ever be”. But while you're having those conversations, in the next lane, your competitor is having a conversation about an area of it that you're not having, so bring Tradewinds to the table, and we'll see if we can actually match you up with suppliers that meet your customer's needs.

One of our contact centre consultants in New Zealand was working on an engagement with a health and aged care company. When he had finished that engagement the customer asked about another problem they were having where they kept losing expensive wheelchairs, defibrillators and beds. So they asked if he had an asset management solution? And the consultant simply said, “Well, I don't. But I think I know a guy.”

Then he picked up the phone to us. We went to one of our wireless technologies suppliers, who have representation in Australia and New Zealand, and we've put a big solution together for that end customer. That’s all because the partner has the agility to be able to say, “I think I know a guy”.

To me, that is the essence of the model. Facilitating outcomes as an agent. The consultant community or the subject matter expert community is well poised to benefit from it. They like to consult and this model allows them to maintain the purity of their brand because they’re not actually selling, they’re referring.

The third category is what I would affectionately call the shadow channel. Where there are great people who have worked all of their lives in the IT industry, maybe they've been a CTO or a CSO and they are at a point in their career and they think, “I don’t want to work for a big corporate anymore”. They have deep knowledge of the market and a strong contact list. They can walk into many C-level conversations because of who they are and the relationships that they've developed over many years. As a result, they can open the door to one of our suppliers to have a conversation.

CRN: How are your new categories supporting partners?

Tony Heywood: We've now got six technology categories, collaboration and voice, contact centre, SD-wan as its own category, security, connectivity including telco and IoT and infrastructure.

A voice partner used to get voice from us, now they can actually do voice and security and connectivity and maybe even uncover some infrastructure conversations, because if they’re talking about contact centre then they’re talking about databases, and from there we talk about how that data is organised and how you can actually change a digital strategy based on how data is accessed. That’s one part of if.

The other part is that the revenue that generates from this model is a 100% EBITDA contribution as opposed to a gross margin model. So particularly for mid-market sized partners, when you’ve got 20 employees, cash is king. If they have to mortgage working capital in order to buy $300,000 worth of tin, to then spend three months building it, installing it and trying to get money from the customer, that’s a constraint on their growth.

Our model is a 100 percent month-by-month contribution to EBITDA that feeds their cash flow instead of inhibiting cash flow.

The third thing is that they are not limited by choice in any particular category. They get to sit on the same side as the customer to evaluate providers, rather than represent providers.

Tony Heywood: We've released a product called AnticiPAY, which allows partners, if they want us to, we can give them up to 10 times their monthly commission stream in an off balance sheet cash injection to their business.

We do charge for that service but you can imagine if a partner has $10,000 a month coming in from our commissions, and all of a sudden their projects and professionals services business is down 30 percent and they need an extra $20,000 a month, we can actually give them up to 10 times that $10,000 in order to help fund their business. They either pay it back over a period of time or elect to have it come out of their commissions for a period of time.

Wrapping up the chat, Heywood told CRN that the future was looking solid for the Tradewinds team and its partners, as was the recognition and support of the master agent model.

“Initially everything feels like it happens at a glacial pace, and then all of a sudden you look behind you and it's working,” he said.

“I think having a great local team, and there's only two of us, but having operations manager Francis Choy come on board was one of the best things we did, because his only view is partner satisfaction and being solely focused on how we help the partner.”