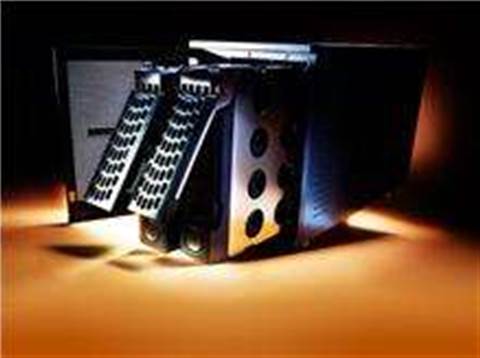 Iomega this week enhanced its NAS-based video conferencing solution with the addition of a new storage cloud for sharing and archiving of surveillance videos.

The company's StorCenter NAS appliances now include the ability to automatically make surveillance videos taken by IP-based CCTV cameras plugged into the network available on an EMC Atmos and perhaps other storage clouds, said Jonathan Huberman, president of Iomega.

Iomega has for some time offered the ability to plug an IP CCTV camera from Sweden-based Axis Communications into the same network as any business-class Iomega NAS appliance and with four mouse clicks turn the appliance into a digital video recorder, Huberman said.

"What's new is that, with one more click, videos can now be uploaded into a cloud," he said. "This gives customers the ability to keep high-quality videos on the local device while uploading the data to a cloud for archiving. So now they have two tiers of storage."

The storage cloud, based on the Axis Video Hosting System connected to an EMC Atmos-based storage infrastructure, not only stores and archives the video files, it also provides remote access to the files and to the NAS appliance, Huberman said.

Customers and their solution providers can set the quality of the video both in the local NAS appliance and in the cloud. Huberman said most users would want high-resolution videos stored on the NAS appliance for a specific length of time, and lower-resolution versions store in the cloud to save on capacity and bandwidth requirements.

The ability to connect the Axis IP cameras to the Iomega StorCenter NAS appliance and to move videos to the cloud come included free-of-charge with the appliances, Huberman said. Customers have to purchase the cameras and pay for the cloud storage service when used, he said.