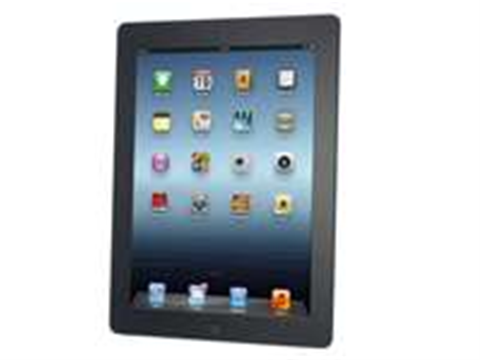 The forthcoming iPad 5 will borrow design features from its smaller brother, according to reports.

The iPad 5 will keep its predecessor's 9.7in screen but will be lighter and thinner, with the same slimmer bezel as the iPad mini, according to reports.

The new tablet will also inherit the iPad mini's touchscreen technology, potentially shaving off bulk. According to supply sources speaking to the Wall Street Journal, Apple will switch to film-based touch panels in the new tablet, thought to be lighter and thinner than the iPad's current glass-based panels. Earlier reports suggested both the iPad 5 and iPad mini 2 will feature Retina displays manufactured by Samsung.

It isn't clear what other internal changes Apple might have up its sleeve. Although the thinner display will help the firm trim weight off its new tablet, the Retina display will still require a powerful battery and processor, which may limit any further reductions in size.

The company is reportedly due to unveil the new iPhone and other devices on 10 September.