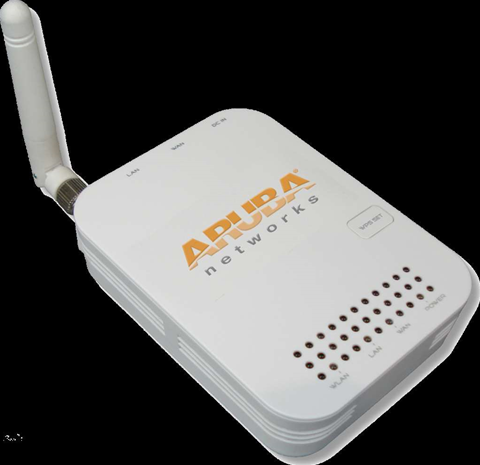 Newly appointed Aruba vice president for Asia Pacific and Japan has said that growth in wireless devices will push the need for wireless access points in the enterprise.

Gary Jackson, vice president for Asia Pacific and Japan at Aruba, told CRN that every time a new device such as the iPad is announced, Aruba sees a spike in interest for wireless access points.

He said that the next "24 months will be an interesting time" for the wireless industry.

"[New devices] will make it interesting as a new generation [of workers] is taught on being wireless. All end-users know the iPad is wireless-only. They will ask, 'why can't I [connect wirelessly].'"

As an example of the trend, Jackson said that at a recent executive briefing in Aruba's US office, 10 out of 20 execs brought iPads into the boardroom meeting.

Jackson joined the company on May 3 and is based in Malaysia. He was in Australia visiting partners, distributors and customers, and told CRN that Australia is advanced when it comes to wireless technology.

"[Aruba has had] absolute growth in Australia. Australia is in at the top of executing very well. Globally we are confident of strong growth and those growth plans are aggressive and include Australia," he said.

In Australia, Aruba has nearly 70 partners and the number is growing by "a dozen more resellers every quarter," said Greg Barnes, the company's country manager for Australia and New Zealand.

Barnes said the program, which certifies partners as either platinum, gold, silver or authorised, "will for the first time in Aruba's history be enforced.

"We've matured and there is no point giving the same price to all 70 partners. With this program some partners will get demo products, some will get evaluation kits," said Barnes.

Aruba will also be encouraging resellers to register their deals.

Meanwhile, Jackson said the price point of the new Wireless N protocol has also had a positive impact on sales.

"We're encouraging customers to upgrade to N. We have dual b,g and N [devices], and devices are backward compatible."