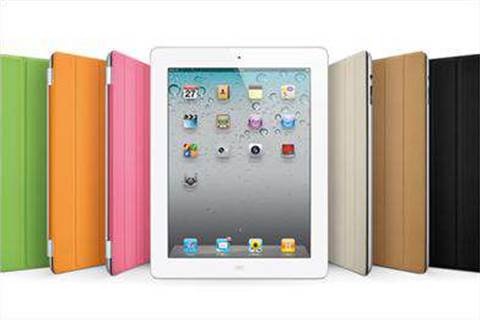 Analyst firm Gartner has set its forecast for annual iOS tablet sales by 2015 at 149 million devices, triple the amount it expected Apple to sell this year.

Apple’s iPad would retain its lead over the tablet market at least until 2015, by which time Android tablets, including Amazon’s soon-to-be-launched devices, should have almost caught up, with forecasted annual sales of 116 million.

Overall, consumers worldwide would buy 326 million devices that year, which is roughly a quarter of the number of desktops and notebooks forecast to ship in 2011.

This year, Apple is expected to hold 73.4 percent of all tablet sales, down 10 percent on 2010, as the only real rival platform, Android, increased its share to 17 percent, accounting for an expected 11 million units.

Despite the decline in Apple’s market share, it would come as the overall tablet market is expected to grow 261 percent to 63.6 million units in 2011, according to Gartner.

Sales for the most popular Android tablet, Samsung’s Galaxy Tab, are currently caught in a holding pattern as the Korean computing giant attempts to wiggle around Apple's international legal assault over allegations it copied the iPad.

Gartner expected Microsoft’s much hyped tablet-leaning operating system, Windows 8, to have made some progress by 2015, when it would pull in 34 million new users.

Inventory laden BlackBerry maker Research in Motion was also expected to make some headway by then with its QNX OS forecasted to reach sales of 26 million.

Despite claims that it is sitting on an 800,000 unit stockpile of PlayBooks, which it plans to clear out with discounts, Gartner reckoned it would sell three million units in 2011.

Meanwhile, HP's webOS platform for the now dead TouchPad would reach 2 million people by the end of the year, it said.

The challenge for Windows 8’s growth would be that by the time it went mainstream, iOS and Android would be “more entrenched”, while RIM simply needed more developers.

“Most of Apple's competitors are struggling to meet Apple's prices without considerably sacrificing margins. Screen quality and processing power are the two hardware features that vendors cannot afford to compromise on,” said Roberta Cozza, principal analyst at Gartner.

“They should consider everything else ‘nice to have,’ rather than essential, in order to keep bills-of-materials costs competitive with those of the iPad.”