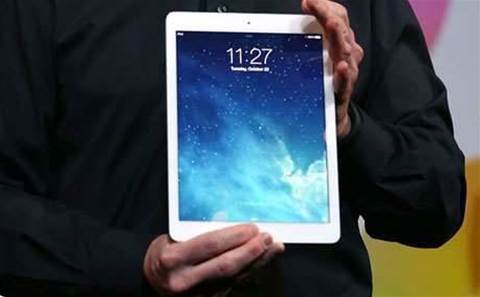 For the first time since its launch in 2010, the iPad market has declined as the overall tablet market has slowed to 7.2 percent year-over-year growth, according to IDC.

Describing the 2014 results as a "massive deceleration", IDC reported that the market was at 52.3 percent growth at this point last year.

The iPad market has seen a year-over-year drop of 12.7 percent. IDC preicted that this will be the "first full year of decline in Apple iPad shipments".

The research firm said in a report it released Tuesday that the tablet market's slowdown does not come as a surprise because the life cycle of these devices have continued to lengthen as they resemble PCs more than smartphones.

IDC stated that the decline in tablet growth isn't for a lack of innovation, but that it hasn't been enough to keep up with the impressive growth rate the market had just experienced last year. Tablets are thinner and more powerful and there are also versatile 2-in-1 and detachable product categories.

"We need to look at how the tablet ecosystem is answering these challenges, and right now we see a lot of pressure on tablet prices and an influx of entry-level products, which ultimately serves Android really well," said Jean Philippe Bouchard, research director for IDC in a statement.

"But we also see tablet manufacturers trying to offset this price pressure by focusing on larger screens and cellular-enabled tablets. The next six months should be really interesting."

"Despite all of these unknowns, it seems clear that consumers can be expected to hold onto tablets longer than smartphones," the report states.