iPad mini 2: what to expect 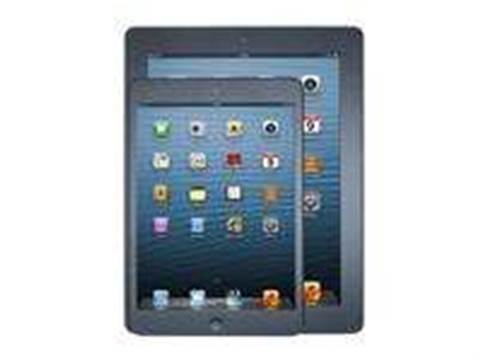 Apple is expected to update its compact tablet with the iPad mini 2 this autumn, along with a new version of its bigger sibling and the iPhone 6 in time for Christmas.

We’ve rounded up the rumours and reveal what we expect to see from the next iteration of the refreshed smaller tablet, based on industry developments and past experience.

It’s thought the iPad mini will remain the same 7.9in size, but Apple is reportedly ordering Retina screens from three suppliers, Samsung, Sharp and LG.

Ordering parts doesn’t guarantee the final version will have an upgraded display, but after Apple boosted the display for the original iPad, it seems an obvious move to follow suit on the smaller tablet - not least because rivals have overtaken it. Google refreshed the Nexus 7 last week with a 1,920 x 1,200 display packing 323ppi – more pixels per inch than any other tablet. The current iPad mini has a 1,024 x 768 display with 163ppi.

Separate rumours suggest that Apple might not launch a Retina version of the iPad mini until 2014, but it seems unlikely Apple would wait that long - unless it doesn't release the updated version until then.

Apple usually sticks to an annual release schedule for its products, but has previously thrown users by releasing the iPad 4 in October 2012, just months after the iPad 3. It’s also been known to delay the expected launch of new iPhones.

Providing there are no supply constraints, the iPad mini 2 is expected by analysts in October, a year after the original and probably alongside the new iPad 5 and iPhone 6. But others suggest a launch could be delayed until 2014 to reduce any sales impact on a new full-sized iPad and to give Apple time to source enough Retina displays.

Apple is fairly rigid about its monochrome colour scheme on most products, but did branch out into rainbow hues for the iPod. Reports citing supplier sources suggest the company will do the same for the iPad mini, with an array of different colour options for the back cover.

Developers analysing the code for the iOS 7 preview have found the iPad mini might feature an upgraded dual-core A6 processor, giving the compact tablet a speed boost on its predecessor, which features the A5.

It’s also thought the 5-megapixel rear-facing camera might get an upgrade to an 8-megapixel camera.