iPad sales stall as owners "too happy to upgrade" 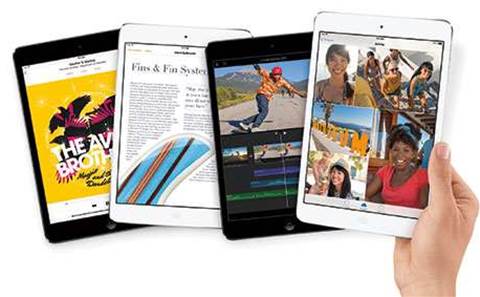 iPad sales are falling because those who own the devices are so happy with them they feel no need to upgrade, Apple has claimed.

According to research shared during its results announcement, 98 percent of iPad owners and 100 percent of iPad mini owners surveyed by Apple said they were "satisfied" with the device – a figure Tim Cook called "astonishing" according to a transcript from Seeking Alpha.

However, while Cook said that customers "enjoying their iPads and using them heavily" is what's most important to the company, this has had a negative impact on its tablet sales.

Cook blamed a 9 percent drop in sales on "market softness", citing IDC research showing overall tablet sales had declined in both the US and Western Europe.

He also said there has been "a reduction in channel inventory", which affected sales.

Despite the drop in iPad sales, Apple managed to set a new Q3 revenue record, generating $37.4 billion - a 6 percent increase on Q3 2013.

This was thanks largely to increased year-on-year sales of the company's Mac computers (18 percent growth), iPhones (13 percent), and iTunes, software and services (12 percent), which are grouped together.

With regard to the future of iPad sales, Cook referenced the deal Apple recently inked with IBM to increase its presence in the enterprise.

"We think our partnership with IBM, providing a new generation of mobile enterprise applications... and backed by IBM’s cloud services and data analytics will be one such catalyst for future iPad growth," he said.

Cook also said Apple is "very excited" about its $3 billion acquisition of Beats Electronics and Beats Music, which is set to close by the end of September.

"Beats provides Apple with a fantastic subscription music service, access to rare talent and a fast growing line up of products that we can build upon," he said.

"We have an incredible pipeline of new products and services that we can’t wait to show you," he concluded.

Two of these new products, which are anticipated to launch in the autumn, include the iPhone 6, and its first wearable, the iWatch.