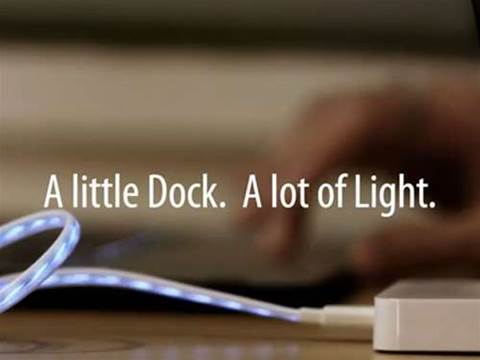 The first unofficial Lightning connector cable and dock have arrived, despite Apple's attempts to keep clones at bay.

Chinese company iPhone5Mod managed to clone the new connector used on the iPhone 5 in less than a month. Apple included an authentication chip in its official Lightning cable to avoid copies surfacing, which iPhone5Mod was able to replicate.

The cables are currently only available via shipment from China, meaning at least two weeks' wait for delivery. iPhone5Mod has also confirmed all its current stock of cables have sold out, meaning a further wait time of a month.

Apple sells its Lightning adapter for $35 locally. For an adapter with a 0.2m cord, the cost is $45.