iPhone 5 to get 3D camera: report 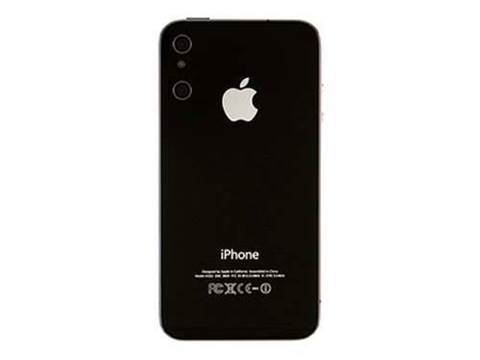 Apple's next iPhone could arrive sporting a 3D camera that will shoot 3D stills and video and even create rotatable 3D models of any objects you snap. While 3D isn't the first thing we'd expect from a new iOS device, patents have been filed by Apple on this big-in-2012 tech that LG and HTC have beaten Cupertino to with the Optimus 3D and Evo 3D.

The patent was dug up by Patently Apple – well that is what they do – and shows a diagram of two cameras (which we've mocked up on the back of a iPhone 4S above) and an imaging processor unit.

This 3D camera set-up for iOS could also include features like face and gesture recognition so your iPhone recognizes smiling and frowning. Capturing 3D video of an object, or taking 3D photos while it's rotating, means that in theory we will also be able to view 3D models, even of our entire house. A scenario Apple conjured up mentions stitching together different 3D photos and videos and using LIDAR, RADAR and laser sensors to calculate the depth and surface detail of every object in entire rooms.

So will this 3D camera tech be in the iPhone 5? Well Apple isn't restricting itself at all – we could see this tech in 'digital cameras, personal computers, PDAs and mobile telephones'. Combine it with Lytro tech that let's you choose your focus after the shot (rumoured to be in the next iPhone) and Apple will have a killer iPhone camera that might be hard to beat.