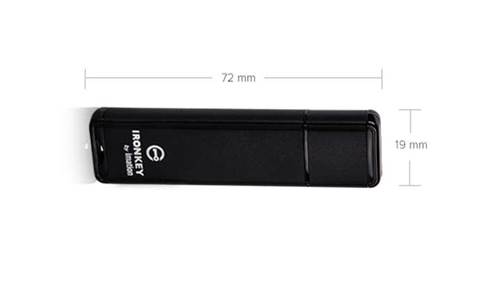 Securing an increasingly mobile workforce that jumps from desktop to coffee shop, Mac to notebook PC can put even the calmest enterprise administrator on edge. Mobility can get messy, from infected systems to key loggers to insecure browser settings that leak passwords and corporate secrets.

One way to keep things safe and put compliance concerns to rest is to use Windows To Go devices that allow you to boot a fully functional copy of Windows straight from a USB drive.

Starting at US$100, Imation’s IronKey WorkSpace W200 delivers a 32-GB USB drive that boots to a version of Windows 10, allowing IT administrators to lock down a USB-based mobile desktop that that can be used on most Windows PCs and Macs. 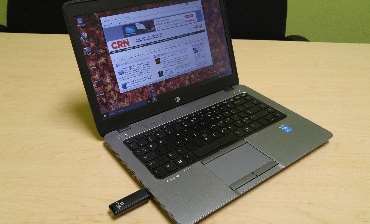 CRN USA put IronKey WorkSpace W200 for a spin. We were impressed by huge improvements in price, performance and versatility that Imation delivered with this latest Windows 10 rev of its flagship PC To Go USB drives.

Earlier models, we found, ran hot, were not as user-friendly and cost 30 percent more.

Mac computers need a different boot procedure, requiring you to hold down the Option key and select USB Windows from the Startup Manager device options.

With IronKey, the USB drive takes advantage of the host PC’s processor, memory, video card and network connection. Gone are IT admin concerns about contractors or mobile workers borrowing or using a PC with questionable privacy settings or unknown security risks. IT can centrally control IronKey WorkSpace desktops and remotely wipe and disable them.

But here is the catch: On our test PC, a Hewlett-Packard EliteBook running Windows 7, setting up the W200 desktop was a breeze, but making sure the host PC was compatible with the WorkSpace drive was another story. 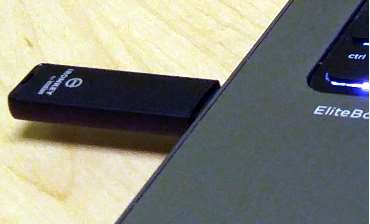 Because the host PC boots directly to the IronKey W200 desktop, your host PC’s BIOS settings must be configured so that when you turn your PC on, it looks to your USB drive for a bootable OS first. Typically, the boot order for PCs ranks the hard drive first.

Changing the boot sequence didn’t require much heavy lifting on our test PC, but the convenience of having your desktop on a USB drive becomes diminished if every other system that you run across needs to have its BIOS boot order rejiggered.

For anyone who doesn’t want to mess with tweaking BIOS settings, Imation provides a small Startup Assistant application you can run on a host PC that will make the BIOS changes for you.

IronKey's WorkSpace W200 is a boon to any IT admins who lose sleep over protecting a network while supporting contractors or a highly mobile workforce. Forcing end users to configure host machines to work with the IronKey W200 unit might be a deal breaker for some. But that’s a small price to pay for a remotely manageable portable desktop with rock solid security.