Is Apple planning a push on the enterprise? 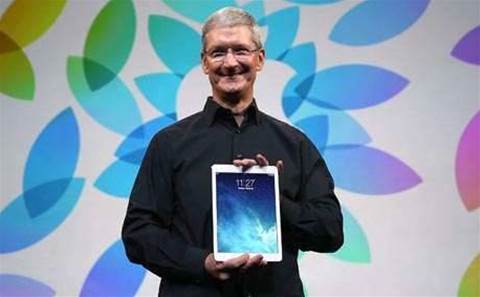 Apple chief executive Tim Cook has hinted at a more concerted push into the enterprise space.

In the manufacturer's earnings call, Cook said the enterprise has "huge potential", but a slower sell cycle.

"I think the road in enterprise is a longer one. The arc is longer than in consumer, which can immediately go out and buy things, etc.

"I think we’ve done a lot of the groundwork as you can tell from these numbers that I’ve given you, and I would expect that it would have more and more payback in the future," said Cook.

[Related: The enterprise angle for the new iPhone]

It comes as Apple missed expectation on iPhone sales, sending its shares falling.

One bright spot in the company's results are its Mac sales – the range rose 19 percent against a backdrop of worldwide falling PC sales; according to IDC, global PC sales have fallen 6 percent year-on-year.

Apple chief financial officer Peter Oppenheimer also touched on the importance of the enterprise. "The release of new iPhones with iOS 7 introduced powerful new security and management features for business and enterprise customers. And iOS 7 has received FIPS 140-2 certification from the US Federal government.

"These features, coupled with ease of developing custom enterprise apps, continue to make iPhone the device of choice for large organisations," said Oppenheimer.

"Many companies, including Accenture, Cisco, and American Airlines, have tens of thousands of employees using iPhones for work. In fact, some, including Deloitte and GE, have over 50,000 iPhones each on their networks around the world.

"And based on the latest data published by IDC, combining business, government, and education institutions, iPhone has a 59% share of the U.S. commercial smartphone market," added Oppenheimer.

Can Apple win the enterprise. Tell us on LinkedIn.