Is this the HTC One Mini? 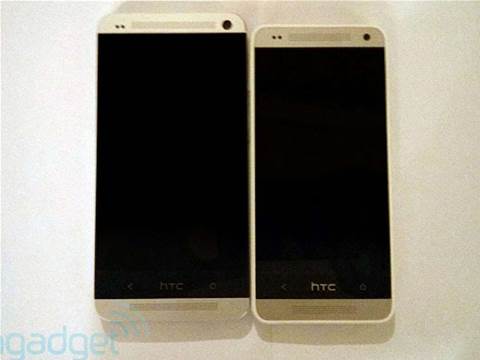 Engadget has come into possession of the shot, and along with it a small bunch of specifications for the cheaper, smaller version of the lovely HTC One (our favourite Android phone of the moment). The beautiful aluminium unibody remains – although it appears to be framed in plastic.

The One Mini’s screen is a 4.3in 720p number, according to the leak, and the smartphone will be powered by a 1.4GHz dual-core CPU. Beats Audio will remain on board.

The phone is thought to be scheduled for an autumn launch.