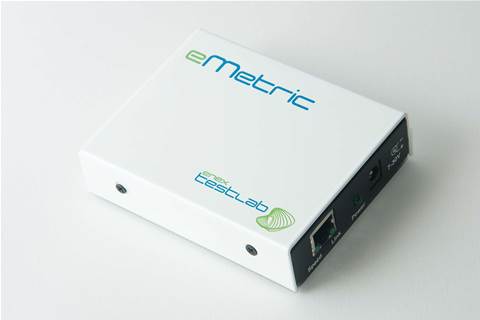 About 40 ISPs will give a selection of their customers a new piece of hardware that aims to measure the internet performance they are achieving.

The pilot project, conducted jointly with the Department of Broadband, Communications and the Digital Economy (DBCDE), will see eMetric hardware devices, which were created by Enex TestLab, given to a selection of subscribers at each ISP.

The pilot was expected to be completed in late March or early April, Enex director Matt Tett said.

"We're running this as a pilot but we're using it as part of a testing regime [for the eMetric devices]," Tett said.

"The eMetric software has been proven over the past five years but this is the first time we've put it on a hardware device and sent it out to a number of users."

The 40 ISPs participating in the pilot were drawn primarily from those accredited to provide services under the Federal Government's Australian Broadband Guarantee (ABG) program.

Enex has used eMetric software over a number of years to test and report broadband performance of participating ISPs in the Guarantee (and previous iterations of the scheme).

The tests ensure internet services supplied comply with the minimum internet speed requirements set out under the Guarantee.

Tett hoped the DBCDE trial of the hardware could spur participating and other ISPs to consider deploying a network of eMetric devices of their own.

If that were to happen, it could prove a good money-spinner for Enex, which conducts all the tests remotely and supplies the ISP with regular reports.

"It's not just testing the ISPs network. It's testing the internet generally and the performance their customers are getting," Tett said.