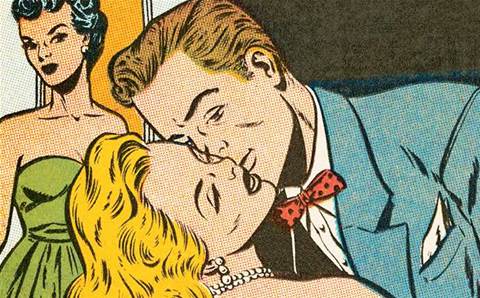 Emails sent by the founder of infidelity website AshleyMadison.com appear to have been exposed in a second, larger release of data stolen from its parent company, cyber security experts confirmed on Thursday.

The data dump by hackers who have attacked the site appears to include email messages linked to Noel Biderman, founder and chief executive of its Toronto-based parent company, Avid Life Media.

In a message accompanying the release, the hackers said: "Hey Noel, you can admit it's real now."

That appeared to be a riposte to the company's initial response to Tuesday's dump that the data may not be authentic.

The earlier dump exposed millions of email addresses for customers of Ashley Madison – whose tagline is 'Life is short. Have an affair' – including for US government officials, UK civil servants and executives at European and North America corporations.

The US Defense Department and Postal Service is also investigating the alleged use of military and other government email accounts on the site.

Former reality TV star and family values campaigner Josh Duggar admitted to cheating on his wife after reports he had subscribed to the site.

Executive director of the Louisian Republican party Jason Doré told the Times-Piscuyune paper he was on a list of accounts because the site was used for "opposition research."

Doré said an account was created under his name and his former personal credit card billing address in connection with the work of his law firm, Doré Jeansonne. He declined to say who he was using the account for.

In a sign of Ashley Madison's deepening woes following the breach, lawyers have launched a class-action lawsuit seeking some US$760 million in damages on behalf of Canadians whose information was leaked.

He joined the website "for a short time in search of companionship", but never met anybody in person, they said in a statement.

Since the hack last month, Avid Life has indefinitely postponed the adultery site's IPO plans. Avid values itself at US$1 billion and reported revenue of US$115 million in 2014, up 45 percent from the preceding year.

The hackers object to the site's business practices, specifically a "paid delete" option that allows people to pay to remove all their information but, they say, does not actually do that.

David Kennedy, founder and security consultant at TrustedSec, said that the fresh release appears to be authentic.

"Everything appears to be legit," he said in an email. "We have portions downloaded and its confirmed legitimate thus far."

The additional release will likely ratchet up the pressure on Avid Life, which has been quiet about exactly how much and what sort of data was stolen in a breach in July.

The company, which also owns websites CougarLife.com and EstablishedMen.com, did not immediately respond to requests for comment.

"These guys are very diligent about not being caught," said Erik Cabetas, managing partner of Include Security, who has done forensic work on the initial dump.

The release includes source code for the website as well as smartphone apps and proprietary company data, he added. The availability of the source code could allow other hackers to set up a similar site or find and exploit vulnerabilities on the actual site, which is still operating.

The 20-gigabyte data dump reported on Thursday would be roughly double the size of the earlier one.

Despite the negative publicity surrounding the attack, demand for Ashley Madison's services has been steady since the data breach first announced in July, said Mark Brooks, CEO of Internet dating consultancy Courtland Brooks.

"It just goes to say that all press is good press... The awareness of the brand is through the roof," Brooks said.

The data release could have severe consequences for US service members. Several tech websites reported that more than 15,000 email addresses were government and military ones.

Hundreds of US government employees, including some with sensitive jobs in the White House, Congress and law enforcement agencies, used internet connections in their federal offices to access and pay membership fees to the website, The Associated Press reported.

The Pentagon said it was aware of reports that military email addresses were among those posted earlier in the week.

The US Postal Service and its internal watchdog also plan to review whether or not some of the agency's employees may have violated federal policies by using their government email on the website.

Additional reporting by Jeffrey Dastin in New York and David Alexander in Washington; Editing by Grant McCool and Christian Plumb