IT Logic named GFI Max Partner of the Year 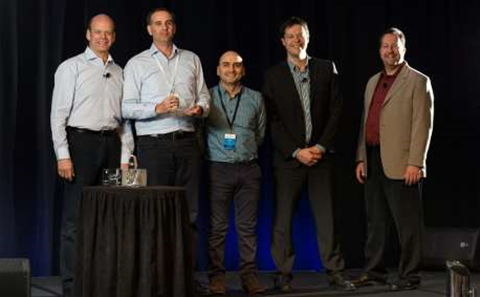 Sydney-based managed service provider IT Logic has been awarded the GFI Max Partner of the Year at the vendor's 2014 partner awards held at the Mercure Gold Coast Resort on the 1st to 2nd of September.

The MSP was described by GFI Max general manager Dr. Alistair Forbes as a "great example of an MSP breaking away from the current outdated call-response model."

IT Logic was formed in 2003 and has a large presence in the insurance broking industry. The company lists among its customers Fox Sports, NSW Roads and Martime Services, The Smith Family and De Costi Seafoods.

Director at IT Logic Sam Estephan said he was "thrilled and honoured" to be recognised for the award.

GFI recently announced it will create a new company, called LogicNow which will market its MSP products. GFI Max will be renamed MAXfocus. The change takes effect from 1 October.