IT part of rife illegal phoenixing in Australia 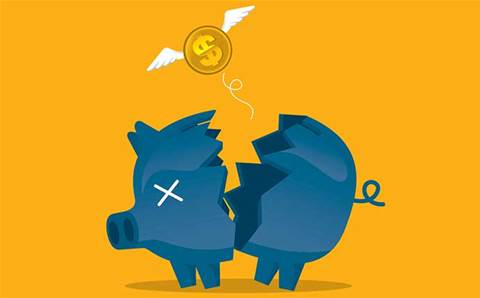 It’s not unusual for channel companies to collapse, especially when that business finds itself unable to meet its obligations to creditors.

It’s also not entirely unusual to see other businesses springing up to take their place.

Where things start to get odd however is when those new businesses are eerily similar to the ones they are replacing, using similar assets and often being run by the same directors. Almost identical businesses, but with one key difference – the successor is unencumbered by the debt burden or other liabilities that sent its predecessor to the wall.

There is a special and appropriate name for a business that rises from the ashes of its predecessor – a phoenix business. And it is a practice is getting a lot more attention from the Australian government.

What defines a phoenix operation as an illegal activity is the wilful disposal of assets in the failing business at less than market value – often at no cost – and an intent by directors to deliberately liquidate the company to avoid paying out creditors. This places them in breach of their duties as directors.

It is a practice that is rife across Australia, with the Fair Work Ombudsman and PwC estimating in 2012 that illegal phoenixing results in costs to the Australian economy of between $1.8 to $3.2 billion per year, with upwards of 2000 companies indulging in such activity each year.

Peter Marsden has seen a lot in his 40 years in corporate restructuring and liquidation. As the national head of restructuring and recovery at RSM Australia Partners he estimates between a third to half of all matters he works on generate some suspicions of phoenix activity.

“Building companies are rife with it, restaurants are particularly rife with it, and the IT companies have a bit of it,” Marsden says. “It is that sort of activity where things are easily transferred.”

Often one of the biggest creditors is the ATO, thanks to unpaid PAYG and GST obligations, followed by the Fair Employment Guarantee scheme, which pays out employee entitlements in the event that the collapsing company can’t.

The realisation of the cost to national revenue has already led the formation of a Phoenix Taskforce, comprising more than 20 Federal, State and Territory government agencies, including the ATO, ASIC, Department of Employment, and the Fair Work Ombudsman.

Phoenix activity has also fallen into the remit of the Treasury’s Black Economy Taskforce, which is tackling a broad range of fraudulent activities, and is tasked with developing a forward-looking, innovative and whole-of-government approach to the black economy strategy.

A spokesperson for the Treasury reported that the Black Economy Taskforce is working closely with the Phoenixing Taskforce on how best to counter this problem.

“Both have extensively canvassed the views of insolvency experts, the business community and others,” the spokesperson said. “These consultations have highlighted the importance of early detection (for example, non-payment of superannuation), a targeted and tough penalty regime (which applies to those pulling the strings behind the scenes) and working more closely with the insolvency industry. Recommendations are being prepared for the Government as a matter of urgency.”

The Black Economy Taskforce reported it has heard evidence of an entire industry ‘supporting phoenixing by providing advice prior to a company winding up on how to structure the business in order to avoid obligations’.

Amongst its early recommendations are calls for greater collaboration between government agencies, as well as the rationalisation of business registries and strengthening of business registration and verification arrangements It also recommends more funds to the Australian Taxation Office audit and compliance programs, to better target black economy activities.

“The liquidators have no money, ASIC don’t have enough resources to pursue them all, and so they fall under the radar,” Marsden says.

Marsden says phoenixing can usually be spotted by a liquidator when it becomes clear that assets have gone missing.

“There are occasions when the transfer of those assets is legitimate – they got someone to pay a proper amount for it, and did the right thing,” Marsden says. “It’s the ones that clearly leave all the creditors unpaid and have an intent to avoid the liabilities that causes issues.”

One tool that Marsden says might reduce phoenix activity would be to create an easily accessible of register of restricted and disqualified directors, possibly through a registration number, as it is not unheard of for directors to change their middle name or date of birth.

But Marsden believes it will take a significant strengthening of both investigative agencies and penalties for directors who fail in their duties to put a dent in phoenix activity.

“One of the indicators is for directors to not provide us with any details,” he says. “Then they go to court and get a slap on the wrist and a fine. So beefing up those penalties would be advantageous.”

Grow your software revenue by selling these 5 affordable, essential tools for the modern workplace
By Brad Howarth
Jun 22 2017
6:43AM