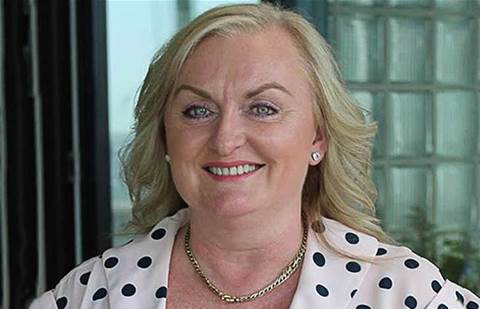 Janet Docherty, who recently resigned as the local channel chief for Veeam, has taken up a new channel leadership role with Palo Alto Networks.

Docherty has stepped into the role of JAPAC (Japan and Asia Pacific) channel and commercial sales director, a newly created position at the cybersecurity company.

Her role at Veeam was filled by Klasie Holtzhausen, formerly of Forcepoint.

According to a spokesperson for the company, Docherty’s remit with the company will be to help accelerate the growth of its commercial segment business, working with distributors and partners to scale in the region.

She is also tasked with developing the company’s partner programs and ensuring the programs and processes “remove friction wherever possible” for commercial partners and customers.

"I'm really excited to join Palo Alto Networks. To be part of a company with double digit growth YoY and with a partner first strategy is key for me. I'm most excited about meeting new partners within the JAPAC region and re-engaging with partners and distributors I have worked with in the past,” Docherty told CRN.

“The Palo Alto Networks' portfolio provides our partners and distributors with fantastic opportunities for growth and continued profitability. These opportunities will only improve over time as Palo Alto Networks launches new technologies, the PA 400 Series being just one recent example, and the NextWave partner program continues to evolve."

Prior to her two-plus years at Veeam, Docherty worked a four-year stint at Veritas, leading channel sales across ANZ, as well as close to nine years at Symantec before that.

Speaking on the appointment, Palo Alto JAPAC strategic partnerships vice president John Hare todl CRN, "We were very fortunate to attract several excellent candidates for this role. However, two things in particular made Janet stand out.

“First, she has a successful track record of building commercial segment businesses by leveraging the partner and distributor ecosystem. Second, Janet has that rare ability to be able to think on both the strategic and the tactical level. This is critical for a role that encompasses theatre-wide strategy and also looking for opportunities to remove any friction in our programs and processes to make it as easy as possible for our partners and commercial customers to do business with us."