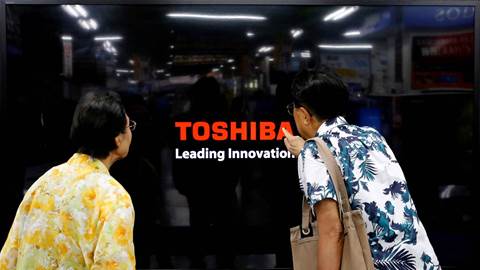 Japan's securities watchdog is investigating Toshiba's accounting practices for the last business year to see if it properly handled the losses incurred by its US nuclear unit Westinghouse, the Nikkei business daily reported on Thursday.

The Securities and Exchange Surveillance Commission is examining the process of how Toshiba created the financial report for the 2016/17 business year, which was released in August, the Nikkei said.

The report was originally due at the end of June but Toshiba and its auditor had a conflict of opinion over when the Japanese company came to know about the losses at Westinghouse, the Nikkei said.

But in a rare move, it also issued a separate "adverse opinion" on corporate governance, saying Toshiba was late in booking Westinghouse losses.

The securities watchdog will examine exchanges between Toshiba and its auditor and aims to see what led to the auditor's decision, and why reports from previous years were postponed repeatedly, the Nikkei reported.

The investigation was not due to any new discoveries or allegations, according to the Nikkei.

A Toshiba spokesman declined to comment on the report.