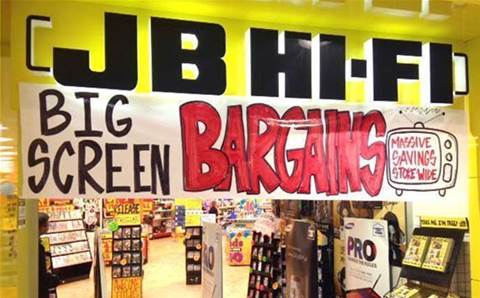 JB Hi-Fi has announced that chief executive Richard Murray will leave the company in August to take on a new role, and has appointed Terry Smart as his replacement.

In its own ASX announcement, retail clothing company Premier Investments revealed it hired Murray as its chief executive, starting on 4 October 2021.

“The decision to leave was a very difficult one to make. After 18 years with the company it is time for me to take on a new challenge,” Murray said.

“I am proud to leave the business in such a strong position and the group will continue to go from strength to strength under Terry’s leadership.”

Speaking on Murray’s departure, JB Hi-FI chairman Stephen Goddard said, “On behalf of our shareholders, the board would like to express its thanks and appreciation to Richard for his significant contribution to the company since he joined in 2003.”

“During Richard’s time as group CEO, he oversaw the acquisition and successful integration of The Good Guys business into the Group whilst delivering record sales and EBIT growth in the JB Hi-Fi business. We are sorry to see him go and wish him well in his future endeavours.”

“Terry has a proven record as one of Australia’s leading retail executives, both as CEO of the JB Hi-Fi business and more recently as managing director of The Good Guys,” Goddard said.

“We look forward to him applying his considerable talents to both of the group’s brands.”

Commenting on his appointment, Smart said, “I am excited to take on the role of group CEO. In JB Hi-Fi and The Good Guys we have two of Australia’s most loved, respected and successful retail brands.”

“Both businesses continue to be well positioned to maximise the opportunities ahead of them and I look forward to working with the two best retail management teams in the business.”

"The Group is pleased with the Q3 sales result and trading in April to date. Whilst from mid March we commenced cycling elevated sales growth last year, we continue to see heightened customer demand and strong sales growth rates over a two-year period," JB Hi-Fi's announcement read.

"In view of the ongoing uncertainty arising from Covid-19, the Group does not currently consider it appropriate to provide FY21 sales and earnings guidance."