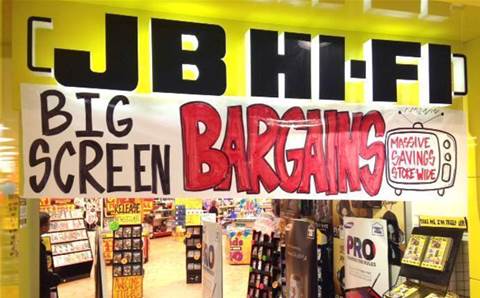 The Australian Securities Exchange has questioned how JB Hi-Fi decided to inform shareholders that it had downgraded its profit forecast by at least $5 million during an investor presentation.

On Wednesday last week, the retail giant published its presentation at the 2018 Macquarie Australia Conference, which explained that the company had revised its profit expectations down from $235-240 million to $230 million.

Since the announcement, JB Hi-Fi's share price has dropped nearly nine percent, and is now sitting at $2.23 lower than before the downgrade at $23.29 each at the time of writing.

The ASX asked JB Hi-Fi when it became aware of the profit forecast downgrade and whether it expected the announcement would have a material effect on its share price.

The stock exchange said in the past that it has had difficulties with companies that publish market-sensitive material under "fairly innocuous titles" like "Chairman's Address to AGM" rather than providing a dedicated trading update.

In response, JB Hi-Fi said it only signed off on the profit forecast downgrade the afternoon prior to the Macquarie presentation.

The company added that the revision was only by three percent from the mid-point of its previous guidance and that the ASX guidelines suggest that a revision of five percent or less would not be considered material, and would not require a trading update.

As a result, JB Hi-Fi claimed it did not anticipate the downgrade would have an impact on its share price, as projected revenue was not affected, and there would be no impact on medium or long-term performance.

Cloud application revenue made easy
By Brendon Foye
May 7 2018
2:41PM