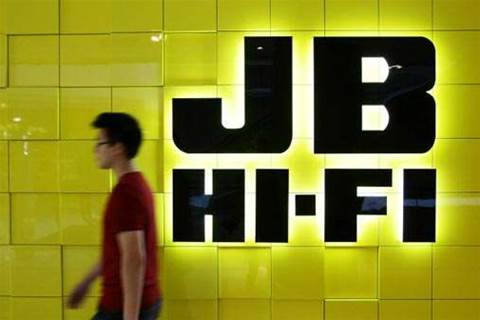 JB Hi-Fi has been named as one of the biggest retailers in the world as part of Deloitte’s Global Powers of Retailing 2018 report, joining Australian giants Wesfarmers and Woolworths on a 250-strong list.

The electronics, audio-visual and whitegoods reseller made its debut on the international list at 218th place with revenues of $5.3 billion in the 2017 financial year and net income of $162 million.

The only other two Australian companies to make the list were Woolworths, coming in at 23rd place with $50.8 billion, and Coles and Bunnings owner Wesfarmers which ranked 21 on the list with revenue of $59.5 billion.

JB Hi-Fi’s entry on the list came thanks to its 12.5% compound annual growth rate from $3.95 billion in 2016. The revenue boost for JB comes off the back of its September 2016 acquisition of whitegoods retailer The Good Guys for $870 million.

The Global Powers of Retailing report identifies the 250 biggest retailers around the world based on publicly available data for the financial year ending 30 June 2017. The top 250 companies in the 2018 report constitute US$4.4 trillion (A$5.49) in revenue, with companies on the list averaging US$17.6 billion in revenue.