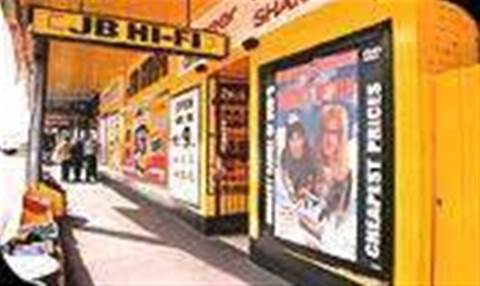 The profit exceeded the $26.2 million half year net profit, JB Hi-Fi reported in its first half yearly report in 2007.

JB Hi-Fi has also raised its dividend declaring a fully franked dividend of 10.0 cents per share, an increase of 100 percent compared to half yearly report in 2007 of $0.05.

“We should continue to benefit from strong comparable store sales, maturing of recently opened stores, many new store opportunities, a lower cost of doing business and better buying power,” he said.

According to Uechtritz, JB Hi-Fi’s Christmas sales were very good following on from strong sales in the previous months.

“Most categories were solid with visual, games and computers showing very good growth. Sales in January and February to date have continued the strong momentum of the first half of the year,” he said. “We now expect sales to be circa $1.8 billion (previously $1.7 billion) for the full financial year, a 40 percent increase and we expect the full financial year, net profit after tax, to be between $57-60 million, a 41 percent to 49 percent increase on the prior year.

The company had 104 stores in total at the end of the calendar year, comprising of 89 Australian and 15 New Zealand stores, said Uechtritz.

Uechtritz claimed “during 2007, 12 new Australian and three new JB New Zealand stores were opened. The company expects to open approximately five new stores in the second half of FY08”.
Got a news tip for our journalists? Share it with us anonymously here.