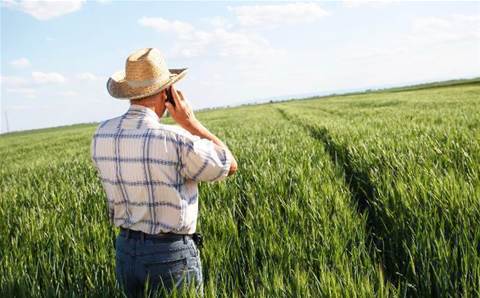 The Victorian Farmers Federation is a lobby group representing approximately 12,000 members that advocates on behalf of the state's farmers and promotes its agricultural sector.

The federation was struggling with managing the number of calls it received at its head office in Melbourne, as well as its smaller branch in Bendigo.

Because the organisation was running with basic telephony on a legacy Telstra IP Telephony (TIPT) system, VFF was unable to track basic caller information, such as who was calling and for what reason.

VFF didn’t have any method in place to capture data from calls and as a result, was struggling to allocate the suitable resources to interact with its members.  Staff didn't know on any given day what their members were contacting them about.

The organisation wanted better visibility into what its members were contacting VFF about in order to improve its members' experience and to plan resource capacity around that.

VFF's telco provider Telstra referred the group to JB Hi-Fi Solutions, the enterprise arm of the national retailer and a Telstra platinum partner. JB Hi-Fi had actually worked with VFF a couple of years prior by donating a PBX system to fit out the new Bendigo branch.

Working with Telstra and Cisco, JB Hi-Fi replaced all the switches at VFF's Melbourne head office from Telstra-managed Cisco Catalyst equipment with Cisco Meraki, which JB Hi-Fi now manages, in order to give the federation visibility into its own network.

JB Hi-Fi also upgraded the wi-fi in the Melbourne head office to Cisco Meraki wi-fi, which JB Hi-Fi also now manages, as well as Cisco Unified Contact Centre Express, which the vendor describes as a single-server "contact centre in a box" that can be used by SMBs.

For voice and unified communications functionality, JB Hi-Fi migrated VFF from the legacy TIPT platform to Cisco Business Edition 6000, a suite of communications solutions aimed at customers in the midmarket.

To top it off, JB Hi-Fi also rolled out a Cisco WebEx conferencing solution and meeting room equipment to all staff to easily communicate between branches.

The project also required Telstra to deploy new managed network, voice and data services to handle the new equipment. The entire rollout took 12 months and was finalised this year.

JB Hi-Fi Solutions' national practice manager Jordan Barry told CRN that VFF's main driver was the need for context and visibility when communicating with its members.

"This is a really good example of when a customer understood the business outcome they were looking for and what the value they were going to derive from a technology was," said Barry.

"Working in partnership with Cisco and Telstra in this scenario, we've been able to deliver on that."

Barry also praised Cisco's renewed focus on the SMB and midmarket, which in May launched its Cisco Start portfolio targeting those markets. Cisco Start includes a range of products from routers and switches, access points, IP phones, telepresence sets, cloud-based application and collaboration tools, all of which are aimed at SMBs.

"I think it's a really important point that as Cisco pushes into this SMB space, their products are not just for the enterprise. They have a reliability and functionality for the enterprise but can be commercially viable for small and medium businesses, as long as that business understands the outcomes they're trying to achieve and recognises the value."