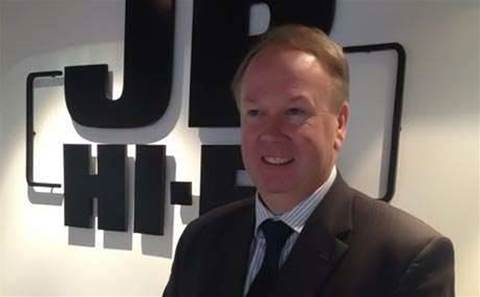 JB Hi-Fi has acquired the remaining stake in Network Neighborhood, the Melbourne-based IT company in which it bought a majority share in February.

The news comes as Network Neighborhood won a contract renewal to supply technicians to the Victorian government Department of Education and Early Childhood Development (DEECD).

Richard Murray, JB Hi-Fi chief financial officer, told CRN that the "contract with DEECD was always the trigger point for JB Hi-Fi to move to 100% ownership. The contract was renewed in October and this allowed JB to commence the final stages of the acquisition."

DEECD has outsourced IT provision in schools to a number of providers. Network Neighborhood is the largest single supplier, with 160 techs across 350 schools.

Murray explained that the move toward BYOD creates increasing IT challenges for schools.

"BYOD computing is an opportunity for schools and also a significant and complex undertaking, because a lot of schools have gone through a voluntary BYOD program. One kid has a new iPad, one doesn't and a teacher spends the first 10 minutes of class time getting everyone onto a computer," he said.

[Related: How to solve the BYOD puzzle]

The contract should be a double win for JB Hi-Fi: not only will it service schools via Network Neighborhood, the retailer can also sell the devices.

Robert Mittag, general manager of JB Commercial, told CRN that JB Hi-Fi is already acting a point of distribution for parents to pick up products they have bought from Network Neighborhood.

Murray expects that the opportunity will extend beyond Victoria and into other states. New South Wales and Queensland are obvious targets.

The takeover marks a major milestone in JB Hi-Fi's enterprise IT ambitions – it has previously revealed it wants to grow its commercial business to $500 million.

Network Neighborhood founder Hugh Marquis has exited the business and will focus on his philanthropic work.

He told CRN that "it seemed the appropriate time" and that he expected "the business I set up to absolutely explode across Australia".

Marquis is on the board of Not For Sale, where he uses his IT skills in fighting human trafficking around the world.

He will also work on JustBusinessFund.com, a fund that incubates and invests in ventures "that bring dignity to people and the planet".

"The two groups are intertwined," Marquis told CRN. "NotForSale is our charity arm and JustBusiness is our entrepreneur and enterprise arm."

Network Neighborhood was 15th in the 2012 CRN Fast50, when it grew its full-year revenues almost 52 percent to $26 million.

Armstrong has spent the past nine years with the nationwide IT consultancy, with a particular focus on private and Catholic education; Mittag said these were the areas into which Network Neighborhood is keen to expand.

"[Armstrong] has been in education and IT basically since leaving school. We are really excited about having someone from a national player," said Mittag.

Grabbing the hybrid cloud opportunity with Lenovo and Azure Services
By Steven Kiernan
Dec 12 2013
11:46AM